Order an Oculus Rift online today and wait until August for it to arrive—or buy an Oculus Rift at Best Buy this weekend. Someone poured a little Halo into your Call of Duty cereal. And The Guardian newspaper tackles solitary confinement byputting you in a VR 6x9 prison cell.

Sean Colleli, Staff Writer, @scolleli
Doom is only a couple weeks away, so I'm replaying Doom 3: BFG Edition in anticipation. I know Doom 3 isn't everyone's cup of tea, but I really enjoy the tactical-shooter approach to survival horror that id hit on. The graphics and art still hold up really well, too, and it's hard to believe the game is 12 years old. I'm really looking forward to the new Doom and its more action-oriented gameplay, but it doesn't hurt to revisit the past sometimes.

Chapel Collins, Staff Writer, @ChapelCollins
By the time the weekend arrives, my finals will be over and I can spend my time grinding for all the Dark Souls III achievements guilt free. Unfortunately for me, that means lots of PvP, so even though finals are over, I don't predict my stress levels will decrease in the slightest.

Jeremy Duff, Senior Staff Writer, @Duff3c
It looks like my weekend is going to be filled with RPG-styled adventures. First off, I need to finish up Severed on the Vita for review. Once I finish that up, I will get to move back to Valkyria Chronicles Remastered on the PS4. I wasn't sure what to expect going into the game, but have quickly fallen in love with everything about it and think fans of the game are in for a treat when it launches later this month.

Charles Husemann, Editor-in-Chief, @chusemann
This weekend I'll be diving into the betas for Paragon and Overwatch to see how they stack up. I've already logged a bit over an hour with Overwatch and I've found it to be rather delightful. It has it's quirks, but so far I'm liking what I'm seeing. Hopefully more time with it will find more great content and no major issues. I'll also be grinding some new mechs in MechWarrior Online and playing a few rounds of Ashes of the Singularity as time permits.

Randy Kalista, Staff Writer, @randykalista
I'd hate to lose the momentum I've regained with The Witcher 3. It was a few things that brought me back to that world. 1) Was a gallery of screenshots from Dead End Thrills. 2) Was playing Red Dead Redemption's soundtrack on Spotify in the background. And 3) was getting back into witcher gear instead of the dorky pot-bellied armor from other in-game factions. Sixty-five hours in and I'm only level 12 of max 60. That should tell you something about my DGAF playstyle when it comes to open worlds and their main storylines—since exploration and sidequests are a game of inches. Ooh, this just in: Review code for The Banner Saga 2. A little late getting to us, but I'm on it.

Dan Keener, Senior A/V Writer, @zoboa
After spending the evening with Captain America on Friday, I will be catching up with some favorites such as Diablo III, Rock Band 4, and I may delve back into Fallout 4 to try and make some more progress. There also looks to be a ton of betas and demos coming out, so I will see if anything catches my eye. While playing, I will continue to work through the latest A/V review item, which is a full-bodied home theater speaker system.

Matt Mirkovich, Staff Writer, @Stillmywords
I unfortunately forsook my reviews last week because I was playing the everloving hell out of Severed. So this weekend is more Nights of Azure, Croixleur Sigma, and hopefully some time with the Overwatch beta, and Street Fighter V. Now that Guile is out, I'm looking forward to giving a zoning character like him a try. I've also got the final chapter of Bravely Second to wrap up. Still hate the "moral quandaries" to get some of the asterisks, but I can't stop playing it. 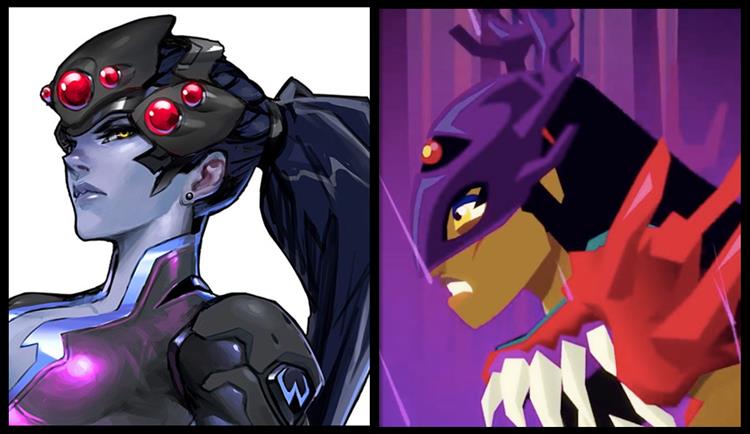