Sean Cahill, Staff Writer, @seancahill24
This week, I plan on diving into the Iron Banner in Destiny with my clansmen from "Ways of Old." We will also be attempting an Oryx Hard Mode Raid on Monday before the reset happens. Outside of this, I plan on partaking in some Basketball Rocket League and have also been enjoying some Zombi on PS4.

Sean Colleli, Staff Writer, @scolleli
To celebrate Alien Day (4-26) and Alien Week as it were, I will be starting a replay of Creative Assembly's 2014 horror masterpiece, Alien: Isolation. When that game inevitably depletes my adrenal glands and shatters my willpower, I will take breaks with the slightly less terrifying but no less excellent Aliens vs. Predator Classic 2000. Hopefully this will distract me from the fact that I can in no fiscally responsible way afford the $175 Alien Stomper Reebok replicas inflating prices on Ebay right now. Yeah, I might have a Xenomorph problem.

Chapel Collins, Staff Writer, @ChapelCollins
Next week is finals week, so most of my weekend will be spent staring either into the abyss of my own inner turmoil or at a blank page on the computer screen, wondering why I chose to become an English major, knowing how many research papers would be involved.

Jeremy Duff, Senior Staff Writer, @Duff3c
Once again I've got a full plate this weekend. My goals are to finish off Alienation on the PS4 and Severed on the Vita. However, I always find myself getting lost with other games. I definitely want to check out the debut of Guile on Street Fighter V, and I'm getting sucked into a certain [embargoed] RPG that launches in late May that shall remain nameless for the time being.

Charles Husemann, Editor-in-Chief, @chusemann
This weekend will be recovering from another half marathon on Saturday and then pulling a "reverse Larkin" on Sunday, as my wife will be out of town and I'll have all the digital entertainment I want. I'm going to continue working my way through Ashes of the Singularity, as I want to check out the new stuff the put in the 1.1 patch this week. I'm also going to check out Dead Star; the game looked really interesting when I was editing Nathan's review. After that, I'll be laddering my way up through a new set of mechs in Mechwarrior Online and continuing to grind my way through Star Wars: Galaxy of Heroes.

Randy Kalista, Staff Writer, @randykalistaI’ve rented Far Cry Primal for the weekend. Honestly, I expected little—but it’s been a good time. For the heck of it, I went in with zero HUD (removing the minimap, healthbars, interaction buttons, etc.), no fast travel, and on survival mode. It’s great. Sure, getting curbstomped by a bear in one swipe sucks, but the biggest revelation was figuring out I have to hunt and eat constantly. I think I have to eat three deer, two pigs, and a partridge in a pear tree every day, just to keep from starving. Inevitably, I’ll check into World of Tanks, too. I’d forgotten how much artillery changes up the game’s playstyle, so I’m mixing it up with a little ol’ Priest artillery vehicle as I push further up the American mediums line of tanks.

Dan Keener, Senior A/V Writer, @zoboa
Most of my weekend will be taken up with the NFL draft and catching up on household tasks. However, I plan to sneak in some Rocket League with the new Basketball arenas, Rock Band 4 for some of the latest DLC, and go back and make some additional progress through Diablo III. While playing games, I will be finishing up my review of a full-fledged home theater speaker system.

Rob Larkin, Staff Writer, @Rob_GN
Due to some ill-advised wagers I lost to my wife, she's cashing in a "no-electronics weekend" chip. So I won't be playing anything really. Sigh.

Matt Mirkovich, Staff Writer, @Stillmywords
I picked up Severed for the Vita, and it's wonderful. So I'm going to try and play through that this weekend. I still need to find time to play Hyper Light Drifter, and get the new Guile DLC for Street Fighter V. Hopefully I can also get to the end of Bravely Second: End Layer. 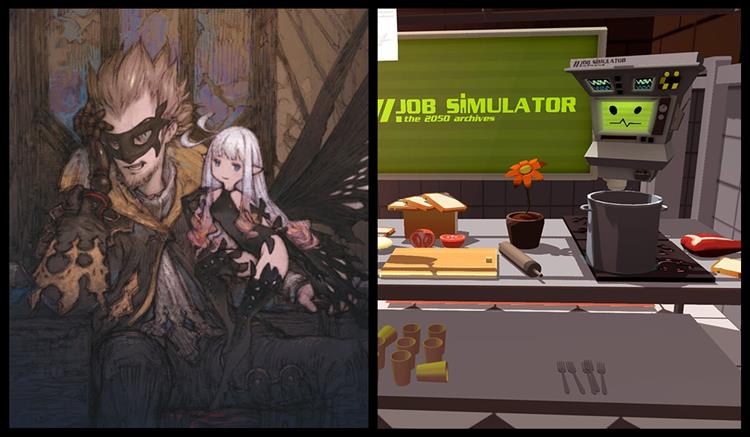