Starting on May 5th, Fire Emblem Fates: Birthright and Fire Emblem Fates: Conquest will be getting some new DLC that will expand on the games's story and characters.  The first map, In Endless Dreams, can be purchased for only $0.49 while subsequent maps will launch weekly until June 9th and can be purchased for $1.99 each.  However, if you want to receive each map as they're released, you can do so by purchasing Map Pack 2 for $7.99.  However, if you purchase In Endless Dreams you can still purchase Map Pack 2 and receive a discount when compared to buying the rest of the maps by themselves. 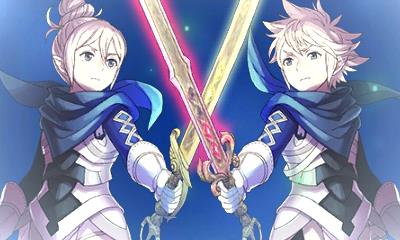 REDMOND, Wash.--(BUSINESS WIRE)-- Starting May 5, Fire Emblem Fates is getting new DLC maps that expand on the hit Nintendo 3DS game??s sprawling story and characters. The first map, I: In Endless Dreams, can be downloaded for only 49 cents, with subsequent maps launching weekly until June 9 and available for $1.99 each. Fans that want to automatically receive each new map as it releases can do so by purchasing Map Pack 2 for $7.99. Map Pack 2 content is priced at more than $10 when purchased individually. Even players who have purchased I: In Endless Dreams can still purchase Map Pack 2 to receive a discount when compared to buying the subsequent maps individually.

Fire Emblem Fates, acclaimed by both critics and audiences, finds players battling on a variety of maps using a memorable cast of characters, each with different abilities. (Graphic: Business Wire)

Unlike the contents of Map Pack 1, the stages included in Map Pack 2 tell an ongoing story. Across dimensions, other versions of the Hoshidan and Nohrian children are under attack. Born and raised in the Deeprealms, these fledgling warriors must now rise up to save themselves and their parents as they unravel the mystery of their adversaries. In this six-map series, units leveled up in the main game cannot lend support. Players must devise a strategy using a fresh team to reap the rewards, but only if all units survive. More information is available at http://fireemblemfates.nintendo.com/dlc/#mappack2.

The list of maps and their respective release dates and prices are as follows: