Surprisingly this week's Nintendo Download has a couple of big releases...well, depends on how you view "big releases".  First off is Mini Mario & Friends: amiibo Challenge for the Wii U and 3DS.  Once downloaded (for free) you can tap any amiibo figure to the Wii U GamePad or New Nintendo 3DS, or tap select amiibos to guide one of eleven minis, and guide them across more than fifty levels and use their unique abilities.  This kind of confused me in the press release, but I'm interpreting it to mean that you can use any amiibo, but there are eleven certain amiibos that will let you use in-game abilities, such as Yoshi's ability to eat enemies.

Next up is Sega 3D Classics Collection for the 3DS.  This is a collection of nine classic Sega games including Sonic the Hedgehog, Altered Beast, Power Drift, and others.  One thing to keep in mind is that all nine of these games are available in the US individually on the 3DS eShop with a couple of them just released this week, so if you have most of these already it might not be worth it to pick this one up, but that's all up to you.

Rounding out the 3DS eShop this week is the ability to pre-purchase Disney Art Academy.  Releasing on May 13th, it's Art Academy with Disney characters such as Mickey Mouse, Olaf, Woody, and more.  Pre-purchasing the game will pre-load it onto your 3DS so you can play it pretty much straight away when it launches in a couple of weeks (after a small update).

The big Wii U release this week is Xenoblade Chronicles for the Wii.  If you've played as Shulk in Super Smash Bros. for the Wii U and 3DS and want to see where he first came from, now's your chance.  Xenoblade Chronicles offers expansive environments and deep character customization options and is probably worth picking up as it may be getting a little tougher to find the actual Wii game these days. 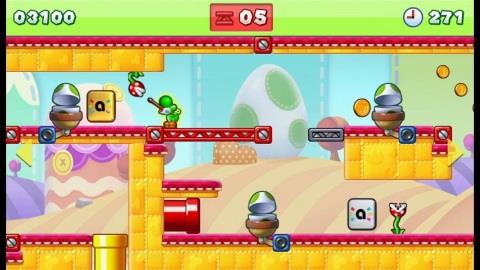