Rust might've just become the first transgender MMO. Due to a parts shortage in China, Oculus Rift gets months-long delays. And this is the first single off the No Man's Sky space-rock soundtrack.

Russell Archey, Staff Writer, @NeoScyther
I'll likely be checking out the Battleborn beta this weekend. I've been purposely keeping away from videos online until I check it out. Seeing as how it's being made by Gearbox, I'm looking forward to it. Beyond that, I'm going to try and fit in some Ratchet & Clank, as I'm planning on seeing the movie in a couple of weeks but have never completed the original game on the PS2. I figure it's about time I rectify that.

Sean Colleli, Staff Writer, @scolleli
I might head back to Doom now that it's in open beta. I'm also halfway through a replay of the BioShock series and currently on BioShock 2, which I like to call "the good one." I liked the first BioShock just fine, but the sequel improves on nearly everything that was good about it and gets rid of a lot that didn't work (hacking pipe game, argh!). It's also a lot better than BioShock Infinite, which I personally thought threw out too much of a good formula. BioShock 2's story has six endings, offers some compelling choices, and is a lot more human, in my opinion. And considering it's the effective cap on the series' continuity, I think it's fitting that such a huge saga ends with the small, touchingly personal story in the Minerva's Den DLC. Don't listen to the naysayers; if you haven't played BioShock 2, give it a look.

Chapel Collins, Staff Writer, @ChapelCollins
I've been waiting and waiting, and Dark Souls III has finally arrived. I'm knee deep in swearing at my TV, giving enemies the finger, and taking breaks to prevent my brain from melting. It's everything I'd hoped for. I'll try to also check out that Doom beta as well, but there's a hefty chance I won't get around to it.

Charles Husemann, Editor-in-Chief, @chusemann
No games this weekend. I am the idiot that is going to Disneyland to run a 10k and a half marathon.

Randy Kalista, Staff Writer, @randykalista
Yes, I've got the No Man's Sky "Supermoon" track on repeat. Yup, I'm a third of the way through reading Empires of EVE. Riveting stuff when it focuses on hyperbolic player personalities. Nope, I can't get through EVE Online's tutorial again. Fourteen-day trials are hard to commit to when I know I won't commit to the subscription cost afterwards. Sure, I'll pit some creatures and peoples against each other in the Fallout 4: Wasteland Workshop. Nah, I'm not playing much Koi after I write this review. Ooh, is Jeremy streaming some Ratchet & Clank right now? And I hope we get some love from The Banner Saga 2 folks so I can ride this replay of the first one into the sequel. 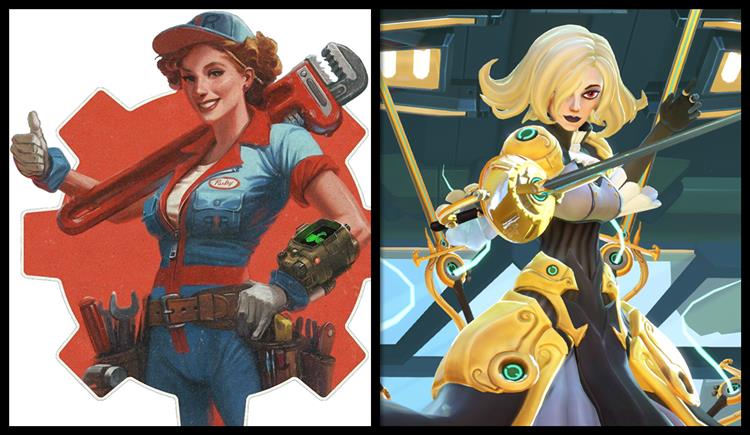