Nintendo Download for 4/8/2016: Take to the skies and to some mini-games

This week's Nintendo Download is kind of small as only one game was put up: Game and Watch Gallery 4.  This Game Boy Advance game includes 20 Game and Watch games such as Chef, Fire Attack, and Octopus.  The game begins with six games unlocked and gaining high scores on those games will give the player stars.  The more stars you get, the more new games you'll unlock.  The games may be simple, but the simplest things are sometimes the best.

While Game and Watch Gallery 4 was the only game put up on the eShop this week, Star Fox Zero is available for pre-purchase.  Pre-purchasing the game will pre-load the game to your system, then after a small update on launch you'l be able to play pretty much as soon as it launches.  Pre-purchasing will also give you an automatic Nintendo eShop discount of $4.99 towards the purchase of Star Fox Guard when it's released.

There are also two new DLCs for Fire Emblem Fates.  The first is a new DLC map called Anna on the Run for $1.99.  Once you successfully complete the map, Anna will join your party.  The other DLC is Map Pack 1.  Anyone owning either Fire Emblem Fates game will let you Purchase Map Pack 1 at the Dragon's Gate in Chapter 6 for $17.99.  This will give you access to 11 DLC maps plus bonus content as they are released weekly through April 21st.  Purchasing Map Pack 1 will save more than $6 if you were to purchase everything individually. 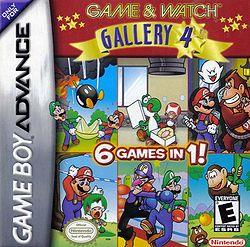