Hollywood's current golden boy, J.J. Abrams, says his previously announced Portal and Half-Life movies are still going to happen. Someday. A European public health study found potential benefits for kids that played video games for more than five hours every week. And PlayStation VR is $399; but the PS VR Bundle is only $100 more and comes with the headset and cables (natch), a PS Camera, two PS Move controllers, and the PlayStation VR Worlds demo disc.

This is what we’re playing this weekend.

Sean Colleli, Staff Writer, @scolleli
I just finished building a brand new rig—AMD FX 8370 core, Radeon R9 390x GPU and 16GB of RAM—so I'm currently rebuilding my data from backup and re-downloading a ton of games on Steam. After using an eight-year-old build for so long it's quite refreshing to play Wolfenstein: The New Order, Far Cry 4, Alien Isolation and Shadow Warrior at ultra settings. I'm tempted to get some brand new stuff to see how far I can push this graphics card, something like Far Cry Primal, but after dropping quite a lot on the build I'm hesitant to spend another $60 on what looks like a very nice reskin of older Far Cry games. In any case, I hope this build is future-proofed for the heavy-hitters coming out this year: Deus Ex: Mankind Divided, No Man's Sky, and, of course, DOOM.

Chapel Collins, Staff Writer, @ChapelCollins
It's all about The Division for me this week. I'm totally addicted already. It's been a really long time since I have been so hooked on a game, and I'm really looking forward to having one to play for quite some time. Hopefully, if I praise the sun enough, it will last me until Dark Souls III next month.

Jeremy Duff, Senior Staff Writer, @Duff3c
The Division is still calling me. I have not given that game near as much time as I had hoped to by now. However, there is one thing standing in its way this weekend: Trackmania Turbo. The open beta for Trackmania on the PS4 will likely occupy most of my time this weekend. I am not a big racing fan, but I have always loved the Trackmania games and am really looking forward to the console version.

Charles Husemann, Editor-in-Chief, @chusemann
I'm also going to be diving into The Division. I've really gotten hooked on the game and I like that every time I think something is about to get boring, the game changes the pace a bit. There is definitely a bit of a grind, and while there isn't a lot of diversity in the side missions, the fantastic gunplay and action more than make up for it. So far I've avoided the multiplayer Dark Zone, but this weekend I'm hoping to get past that fear and see what that half of the game has in store.

Randy Kalista, Staff Writer, @randykalista
I should have the Fallout 4: Automatron DLC in my hot little robot-fighting hands early next week. Might even fire up an old '90s episode of Robot Wars for warmup. I'd also love it if I could wipe out my Sky Fortress DLC progress and play that one all over again; it's the most fun I've had in Just Cause 3, an already super fun game. Review next week. With the price and street date finally announced for PlayStation VR, I'll now be saving up my lunch money for the $499 PS VR Bundle. You done good on pricing, Sony. Now to save about $100 a month until the October launch. I might be able to do that if I just give up In-N-Out until Q4.

Rob Larkin, Staff Writer, @Rob_GN
The wife's away to Paris on a school trip, so I've got oodles of game time coming to me the next few days. I'm sure that means a lot of Destiny, especially making progress on my level 10 warlock, but I'll also be looking at something new, probably SOMA. I may dip into Call of Duty: Advanced Warfare to finally nail down those last two remaining trophies for the platinum. I've also got a few unplayed, free PS Plus games that could I might get started on: Helldivers or Broforce being the most likely candidates. 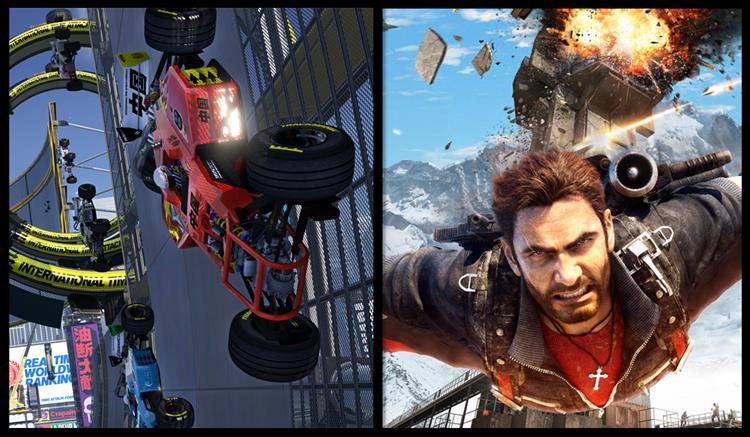