Nintendo Download for 3/3/2016: All about ghosts and the twilight

Yeah, I couldn't quite come up with a witty title this week, but that's because there isn't much getting put up this week on the eShops.  Then again last week had three classic Pokemon games and the equivalent of six NES Mega Man titles so that might be a little hard to top.  However, the big release this week is an HD remake of a somewhat recent title in the Zelda series.  The Legend of Zelda: Twilight Princesss HD brings the GameCube/Wii game up to the world of HD and will also feature new content including amiibo support which, depending on the amiibo you use, can refill your hearts once a day, make the game more difficult, or even open up a new dungeon to complete.

The other eShop release this week is Pac-Man 2: The New Adventures for the Wii U Virtual Console.  Originally released for the Super NES and Sega Genesis, this isn't your typical Pac-Man game as instead of running around a maze and eating dots, you'll get to explore and interact with the world around you as you fend off ghosts, even getting to take a ride on a mine cart or go on a hang glider flight.  While I've never played it myself, I've always been a little skeptical of this one. 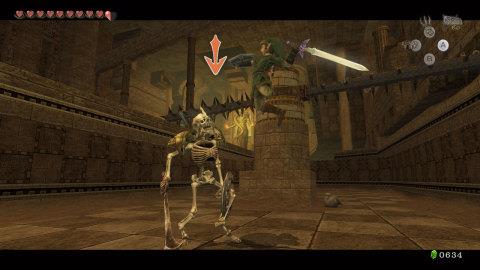