Nintendo Download for 2/25/2016: Robots and Pokemon are taking over

Unless you've been living under a rock for the past while, I'm sure you know by now that this year Pokemon celebrates its 20th anniversary and they're doing so in a big way.  This week saw the releases of Pokemon Red, Blue, and Yellow on the 3DS Virtual Console.  Pokemon Red and Blue started the craze in the United States back in 1998 while Pokemon Red and Green began the phenomenon in Japan in 1996.  A little while later, Pokemon Yellow was released which kept the same story for the most part but replacing the starters with a Pikachu (you can obtain the three "starters" later on) and changing some of the Team Rocket fights to Jessie and James to make the game more inline with the anime.  There may have only been 151 Pokemon back in Generation 1, but the original games are still fun to play to this day.  It's also nice that today's gamers now have the chance to see where the series started.

As if one classic collection of games wasn't enough, the 3DS eShop also saw the release of Mega Man Legacy Collection.  This collection contains all six of the Blue Bomber's NES outings as well as some bonus features such as an enemy database and the ability to fight any robot master you want in case you need to get in some practice.  The highlight of the collection though are the challenges which consist of mash-ups of stages from all six games and is a nice addition to the game.  The 3DS version also has close to a dozen amiibo-specific challenges which range from not too difficult to "holy crap kill me now"...these consist of areas from the original Mega Man where you have to cross pits on Footholders and you don't have the Magnet Beam.  Good luck!

Finally we have Return to PopoloCrois: A Story of Seasons Fairytale, an RPG exclusive to the 3DS. The game features traditional turn-based combat, close to a hundred quests, a farming mini-game, and "dual language voice acting".  I'm a little ways into the game and so far it's not too bad, but time will tell if the game turns out to be good or just another ho-hum RPG.

Meanwhile the Wii U Virtual Console got Medabots AX: Metabee and Medabots AX: Rokusho.  These games let you create and customize your own Medabots with parts that are earned from successful battles.  I don't have a lot of experience with the Medabots franchise and sadly I never played either of these on the Game Boy Advance. 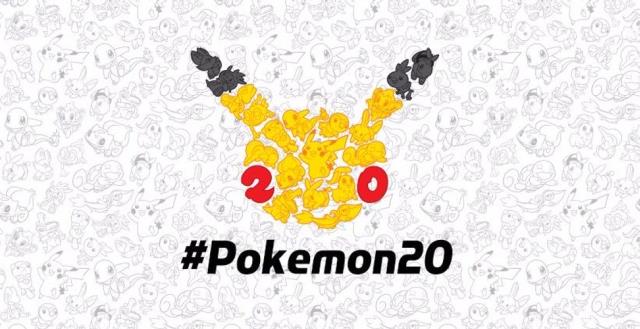 With classic graphics and music, the Pokémon Red, Pokémon Blue and Pokémon Yellow: Special Pikachu Edition games stay true to the originals released nearly 20 years ago. These games will be available on Feb. 27. (Graphic: Business Wire)