This week's Nintendo Download is going to make the world a little odd.  Specifically I'm talking about Oddworld: Abe's Oddysee - New 'n' Tasty hitting the Wii U.  While it's been out on most other systems since last year, it just hit the PS Vita last month and the Wii U today.  New 'n' Tasty brings the original Oddworld: Abe's Oddysee to the Wii U with next-gen visuals, new audio and music, and reworked game play.  If you're a fan of the series and own a Wii U, this is one to add to your digital collection.

Over on the Wii U's Virtual Console we have Big Brain Academy for the Nintendo DS, bringing the original game in the series to the Wii U.  This version can test your mental acuity with a five category quiz that includes thinking, memorization, computation, analysis, and identification.  I have a feeling that I'd do pretty well outside of memorization as my short term memory isn't quite what it used to be, though video games do seem to be the exception to that.

The Wii U also got two Game Boy Advance games today in Polarium Advance as well as Kuru Kuru Kururin.  Polarium Advance challenges players to create horizontal rows of the same color to clear the board.  While I've never played this version, I do own the DS version and really enjoyed it, so I can only imagine that the GBA version would be at least just as much fun.  As for Kuru Kuru Kururin, you control Kururin through multiple mazes across ten different worlds in order to rescue your lost brothers and sisters.  This is one of the oldest Game Boy Advance games, releasing in Japan in March of 2001 and a few months later in PAL territories as a launch title.  However, this is the first time that it's been released in North America. 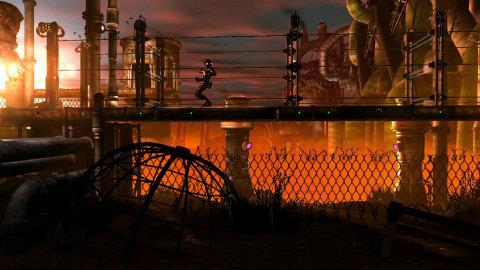