Those that missed the last closed beta can rejoice as Ubisoft has announced that Tom Clancy's The Division will be receiving an open beta from February 19-21. Xbox one owners will receive an exclusive 24-hour early access window beginning on February 18. The upcoming beta is said to have fixed many of the cheating issues that plagued PC players with the previous one. However, Ubisoft never specially mentions if they've moved the storage of player data off the client's side.

The open beta will also feature more content to try out including a new story mission. Those players that participate in the beta will receive an in-game reward in the full game. I'll also be eager to see how the game has improved overall as the release date is not far off at this point. Players during the previous beta complained about lack of content in the Dark Zone and the functionality of the Rogue system. I know for sure that I'll be marking the upcoming beta on my calendar as the game is looking to be a lot of fun.

Tom Clancy's The Division launches on March 8 for PlayStation 4, Xbox One, and PC. 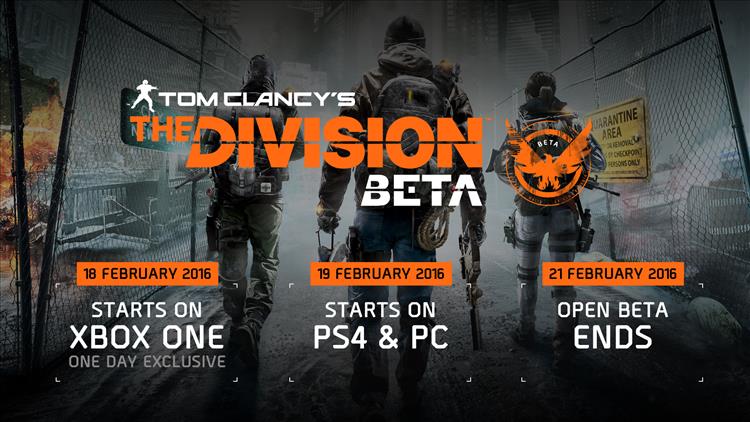