Bethesda's going to be at E3

Bethesda had a kinda successful E3 showing last year with its showing of BattleCry, Dishonored 2, Doom, The Elder Scrolls Legend and something called Fallout 4. Yeah, they really knocked it out of the park with the announcement and release of the Fallout 4 so what do they have planned for this year?

Unlike EA, Bethesda is going to be at E3 and they are going to try again to do another showcase. Who knows what will be the big announcement this time around and it's going to be pretty hard to top what they did last year.

For those attending E3, June 12th at 7:00PM PST will be the date and time the next Bethesda E3 showcase will take place. Let's all start speculating on the big news for the show now. 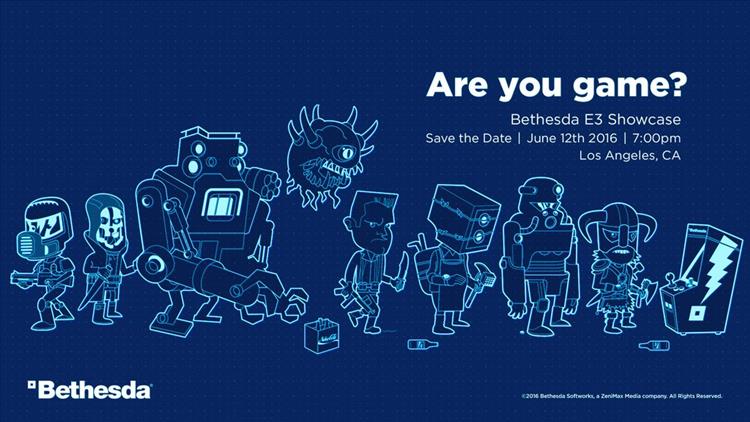