Somebody made a video game based on a Pakistani Taliban attack which left 145, including 132 children, dead. Google Play removed it from its store. Due to the PlayStation Network interruption on January 4, Sony sent out codes for a one-day extension to PlayStation Plus. And the EA Access promo week started on Tuesday for Xbox One.

Russell Archey, Staff Writer, @NeoScyther
I'm essentially a broken record on this, but I'll be continuing my trek through Tales of Zestiria. With Tales of Symphonia coming out soon, and Tales of Berseria recently announced, I have a lot of catching up to do. Plus I'm finally learning a bit of strategy in what items to equip and what items to fuse to get the most out of my skills.

Sean Colleli, Staff Writer, @scolleli
I'm finishing Far Cry 4 in preparation for Far Cry Primal. Personally, I'm getting fed up with Ajay Ghale and his pestering freedom fighter friends. You know who I'm not getting fed up with? Pagan Min. He's horrible and evil and positively fabulous. He's the rare villain who just relishes being a reprehensible monster. Enough of this Ajay guy, I want a game about Pagan Min! He worked for his crime boss dad in Hong Kong, right? Ubisoft, make a game about that! Pagan Min Begins, if you will.

Chapel Collins, Staff Writer, @ChapelCollins
I finally, after like six months of trying, was able to get invested in The Elder Scrolls Online. I'm not quite sure what clicked for me, but I decided to commit to a new character rather than try to breathe life into the one I have been not caring about for six months, and I'm really enjoying exploring all the areas so far unseen in the main series. Aside from that, Metal Gear Solid V is still high on the list; nobody told me how massive that game is.

Charles Husemann, Editor-in-Chief, @chusemann
This weekend I'll be continuing to play Alto's Adventure, a fun little mobile game that I picked up last weekend. It's another infinite runner type game but instead of running you're snowboarding down a mountain. The game has become hot in my household as it's become a competition between my wife and I to see who can level up the fastest. I'll also be digging into MechWarrior Online again as Pirahna released a patch this week with a new snow map. This means it's time to break out the laser boats and have all kinds of fun without having to worry about my mechs overheating.

Randy Kalista, Staff Writer, @RandyKalista
World of Tanks just hit PlayStation 4. I'll play me some 15 vs. 15 tank battles on any platform I can get my hands on. Played it on PC. Played it on Xbox 360. Now It's on PS4. I get feels when I'm blowing the top off Russian, German, and American adversaries. On top of that, I'm enjoying the Rebel Galaxy grind. You can't just slap some leather chaps on any old genre and expect it to be a Western, but Rebel Galaxy does okay. Some of the ships roll like a Conestoga wagon. Others whip around like gangbusters on a train robbery. It may be in space, but it's time to hit the old dusty trail.

Dan Keener, Senior A/V Writer, @zoboa
Now that the CES hangover has worn off (and my posts are caught up), I will be playing a lot with some new accessories and hardware that came in from the show. Will likely be testing this stuff out on Madden, Fallout and Rock Band 4. Especially looking forward to testing the pipes on "Hunger Strike" that released this week.

John Yan, Senior Hardware Editor, @TheJohnYan
So, this weekend, I'll be spending time in both space and Hell. First up will be more farming with friends in Diablo III. My witch doctor is coming along nicely and hopefully I'll have a build or two completed this weekend to push high Greater Rifts. I was finally accepted into the EVE Valkyrie beta so I'll be donning my Oculus Rift DK2 and flying around shooting at other folks in the glorious beauty of space. 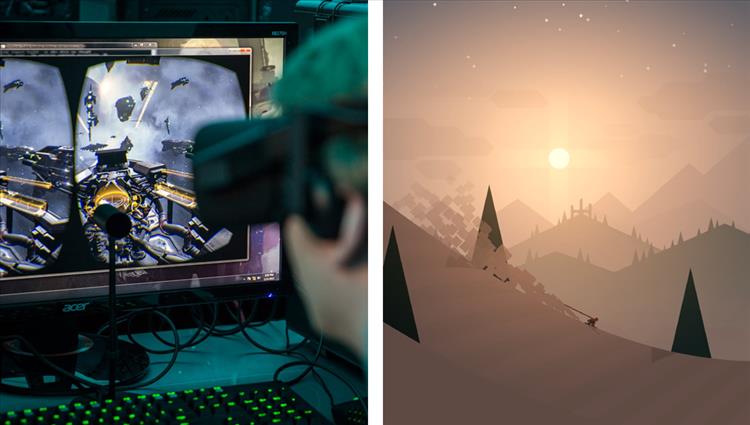