This week we have a few big releases on the Nintendo eShops.  Starting on the Wii U we have Minecraft: Story Mode Episode 1: The Order of the Stone.  After reviewing Minecraft Wii U Edition and going through Telltale Games' Tales From the Borderlands, I'm looking forward to reviewing this one.  Look for that review within the next couple of weeks, if not sooner.

Next up is a game I've been waiting to hit the Virtual Console for a while now; Super Mario Advance 4: Super Mario Bros. 3.  Me being a huge fan of SMB3 I have pretty much every official version of the game from the original NES cart up to the current Virtual Console releases.  This version also has a bit of eReader functionality...by which I mean you can access the extra levels the eReader cards provided.  I'm curious to see if the Japanese-only levels are included as the US didn't get all of the eReader cards that they got over there which really disappointed me.  On a funny note I went to download the game before writing this post and my eShop balance was a bit short...by one cent.  Thank you sales tax.

Finally on the Wii U is the Wii game Zack and Wiki: Quest For Barbaros' Treasure.  I had heard about this one a while back but never had the opportunity to play it so I'm looking forward to giving this one a shot some day.

Finally over on the 3DS is Mario & Luigi: Paper Jam, a mix of the Mario & Luigi RPG series with the Paper Mario games.  After the somewhat disappointment that was Paper Mario: Sticker Star, I'm curious to see if the series can bounce back with this entry.  Then again as long as combat doesn't rely on using stickers I think we'll be okay. 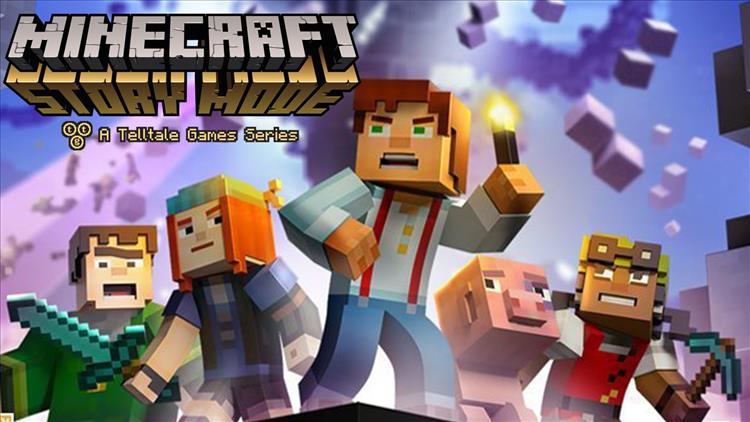 In Minecraft: Story Mode ?? Episode 1: The Order of the Stone, you'll embark on a perilous adventure across the Overworld, through the Nether, to the End and beyond. (Photo: Business Wire)