Mark Zuckerberg wants to build an AI butler for his home. Over the New Year's weekend, Steam broke its own record with 12 million concurrent users. And at $600 a pop, Oculus Rift pre-orders still crashed the site.

Sean Colleli, Staff Writer, @scolleli
I will actually be wrapping up Assassin's Creed III this weekend. After slogging through the excruciatingly long tutorial, which took up the first quarter of the bleeding game, I got fairly addicted to Revolutionary War stabby-stab. That said, the cities of Boston and New York are still rather meh for me, and I just enjoy exploring the frontier, building up my homestead, and hunting. I really wish they focused more on that, and Ratonhnhaké:ton's Mohawk heritage.

Chapel Collins, Staff Writer, @ChapelCollins
I've finally gotten around to picking up Metal Gear Solid V: The Phantom Pain. I'm a bit of a Metal Gear neophyte; I played 1 and 2, but that's as far as I ever got, even though I got the HD remasters for the Xbox 360. I've heard some divided opinions about The Phantom Pain, but it seems to be the general consensus that it's great for people that aren't invested in the series. Aside from that, I'm still playing the slow, methodical (and stressful) Rainbow Six Siege, then switching to Just Cause 3 to relieve that stress on literally everything.

Jeremy Duff, Senior Staff Writer, @Duff3c
I had been spending a ton of time on my Wii U over the past couple of weeks, as I got sucked back into the likes of Hyrule Warriors and just picked up Splatoon. However, my console died this past weekend and I guess it is time to move back to the PS4. I will be focusing on Minecraft: Story Mode and trying to clean up the trophies that I am missing in Shadow of Mordor. I forgot just how great Mordor is. I recently erased my saved game, so now I'm working my way through it once again.

Travis Huinker, Staff Writer, @travishuinker
This weekend I'll be playing a lot of Rainbow Six Siege, my current gaming addiction. Something about the match switch between attacking and defending various positions to save hostages or protect bombs make for a great time, especially when coordinating with friends over voice chat.

Charles Husemann, Editor-in-Chief, @chusemann
This weekend I'll continue to work my way through Far Cry 4. The world of Kyrat is beautiful and deadly but sometimes there is just way too much going on at once. Yeah, I get that you need me to rescue some hostages, but that lady over there wants me to avenge her dead family, and that guy over there wants me to free a village. Seriously, folks, take a number. Outside of that I'll be continuing my sessions with MechWarrior Online.

Randy Kalista, Staff Writer, rkalista@gamingnexus.com
Out of nowhere comes Tharsis for review. Looks like some grim 1970's NASA survival sci-fi. Random number generation plays a huge role. Big ol' six-sided dice rattle around the screen as your astronauts try to not eat each other. I have an attraction to the psychological breakdown of people in tough-call circumstances, I guess. I'm also playing Book My Flight and Hotel Reservations for June's E3. I hope the cannibalistic nature of Tharsis doesn't stop Chuck, Jeremy, and Sean from splitting an Airbnb with me.

Rob Larkin, Staff Writer, @Rob_GN
After what seems like a month away from a PC or console, I'm finally back in the saddle. I started playing Destiny and am really enjoying the start of the experience, so I'm sure I'll be back in there some. I realized I am only two trophies away from a platinum on CoD: Advanced Warfare, so I should put in a little to wrap that up. And once I install the Nvidia 970 I got for Xmas, I'll be diving into a review on Mordheim: City of the Damned.

Matt Mirkovich, Staff Writer, @Stillmywords
So I finally cracked open a couple of games that sat in my pile of shame. The Witcher 3, which I don't know how I feel about it yet. Case in point, I failed a chain of quests early on because I didn't protect a guy during a raid by some ghouls, but had I known that one guy was not supposed to die I wouldn't have gone out of my way to save the other guys who were getting torn to pieces. Not to mention that while I was at level for the quest, enemies would not fall fast enough for me to be able to succeed. The other game I started is Undertale, which is cute and charming, and I'm seeing where all the fandom and vitriol are coming from. The music is enjoyable and the concept is novel. Hopefully it carries past the first chapter. I just had my first run in with Sans and Papyrus, which are a pretty well written duo. And as always, there's Final Fantasy XIV: Heavensward, which I'm grinding away for my anima weapon. Those Alexander runs are getting tiresome. 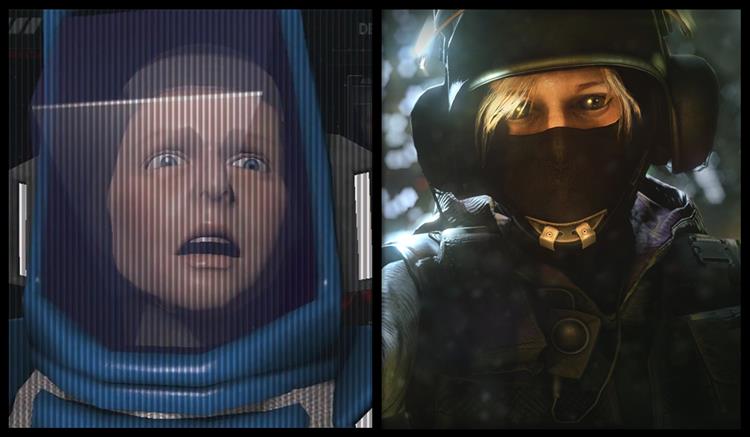