What We're Playing: Mordheim Cause Edition

Neil deGrasse Tyson says Star Trek's Enterprise would destroy the Millenium Falcon in a fight. Dead or Alive Xtreme 3 won't be coming to the West (allegedly) due to the current discussion of "how to treat female[s] in video game industry." And Psychonauts 2 is in the works—with a portion of its funding coming from you via Kickstarter.

Sean Colleli, Staff Writer, @scolleli
I didn't think it was possible for any game to completely bore me to tears and frustrate the heck out of me, but Assassin's Creed III has accomplished that feat. I am abandoning it for now. Instead, I will be diving headlong into Xenoblade Chronicles X. It will be a weeklong binge into one of the biggest RPGs ever devised; a game so massive it makes the Boston wasteland look like an unkempt apartment complex courtyard. Fallout 4 players can "enjoy" battling gamebreaking bugs and a temperamental physics engine. I will be bounding across the five continents of Mira in my giant robot dinosaur.

Chapel Collins, Staff Writer, @ChapelCollins
Like nearly everyone else in the world, Fallout 4 will possibly be my primary occupation this weekend. I must say, though, my interest in the game diminished pretty dramatically when I finished the main story; I'm actually struggling to find quests to do now, which I never thought I would say in a Bethesda game. Aside from that, I'm continuing to play Star Wars: Battlefront and enjoying it immensely, even though the Internet is trying desperately to convince me that it's impossible to like it.

Randy Kalista, Staff Writer, rkalista@gamingnexus.com
I don't spend a lot of time shopping for perfume. None, actually. But some perfume counters have a bowl of coffee beans sitting on them. You sniff the coffee beans between different perfume sprays. That way, your nasal passages get a palate cleansing. That's the general idea. And Life Is Strange is my bowl of coffee beans between sprays of Fallout 4. Glad to finally be gettinghella deep into the '90s/now teen time-traveling drama. Oops, this just in: Just Cause 3 review copy.

Dan Keener, Sr. A/V Writer, dkeener@gamingnexus.com
Looks like I will be spending another weekend slugging my way through the wasteland in Fallout 4. However, I did garner a new epic sci-fi game to review, but I cannot reveal anything about it until next week.

Rob Larkin, Staff Writer, @Rob_GN
I'll be in the wasteland this weekend on Fallout 4, but will take breaks to play through Mordheim: City of the Damned for an upcoming review. I dropped over $100 on new (to me) games on Black Friday, yet I doubt I will be cracking them open until January. I might start Destiny before then, but AC Syndicate, The Witcher 3, and the others won't see the light of day until the sun sets on Fallout 4.

John Yan, Senior Hardware Editor, @TheJohnYan
Having finished Fallout 4, I'll be spending a little less time leveling up my character or trying out new perks in the Commonwealth. I'm going to go through my library and try out some older games, like XCOM and Shadowrun, on my Surface Pro 4 for some fun, portable gaming. I think I might also jump back into Civilization V to take advantage of the touchscreen on the Surface. 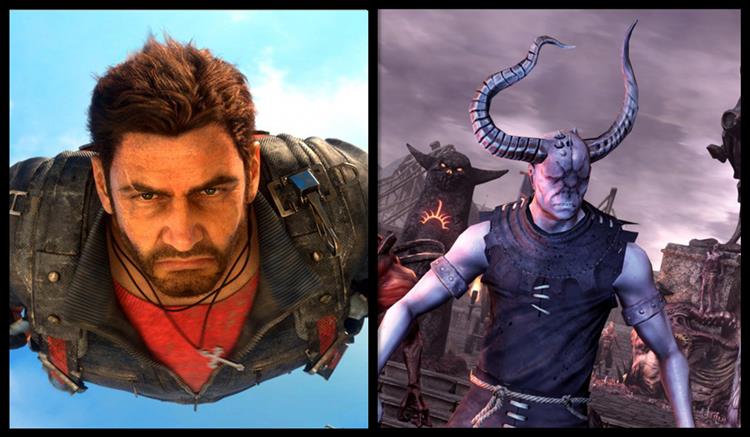