The New Xbox One Experience and Xbox One Backward Compatibility went live this week. What we eventually get for Fallout 4 Season Pass DLC is going to sort of be up to us. And people are throwing snowballs at other people strapped to a billboard in order to promote Tomb Raider.

Russell Archey, Staff Writer, @NeoScyther
I've been going back and forth between Tales of Zestiria and Silent Hill: Homecoming. For rarely playing any game in the Silent Hill series, I'm not doing too bad with Homecoming. Then again, I haven't put much time into it yet, so we'll see if I say the same thing once I'm much further in. Beyond that, I'm absolutely loving Tales of Zestiria, as I've rarely played any games in that series either. I'm probably not as far in as I should be for the eight hours I've spent with it so far, but I tend to be a fan of JRPGs, and this one is no exception, so far. I've been kind of just taking it all in, as opposed to rushing through it.

Sean Cahill, Staff Writer, @seancahill24
Fallout 4 will consume me this weekend like everyone else.

Sean Colleli, Staff Writer, @scolleli
I'm exploring a different Boston than the rest of the staff, specifically 1770's Boston. That's right, I finally got around to playing Assassins' Creed III, and man is it...gehhhh. Everything from the combat to the freerunning feels floaty and like it came out of a half-baked beta. I haven't even finished the dragged-out tutorial with Connor's dad and I'm already bored out of my skull. I'll admit that it's funny to hear Benjamin Franklin wax poetic about all the women he's slept with, but that's about it. Oh, Benny, you shameless old philanderer. I hope this game gets better, or at least goes quickly, because I really want to just skip to Black Flag at this point.

Chapel Collins, Staff Writer, @ChapelCollins
Fallout 4. I was a moderate to heavy fan of Fallout 3, but man does Fallout 4 float my boat. I cannot express adequately in words how hard I giggle every time Codsworth calls me Mr. Chappy. I can't believe, with a name like Chapel, I was somehow included in the 1,000+ names chosen for the game, even if it is significantly indirect. I need to try and get as much Fallout in as possible before going into the Star Wars avatar state when Battlefront comes out next week, which just might be the only think that keeps my Force Awakens hype at non-lethal levels until December 18.

Jeremy Duff, Senior Staff Writer, @Duff3c
I'm afraid I am lost in the wasteland like most of the other staffers. I just couldn't take being left out of the Fallout 4 talk, so I went ahead and bought the game, despite not being a huge fan of the series (mainly due to lack of experience with them). After putting a few hours into the game, I am kicking myself for not exploring the Fallout universe earlier. I guess that just means that my backlog of games just got a little longer, as I now need to add Fallout 3 and New Vegas to the list.

Randy Kalista, Staff Writer, rkalista@gamingnexus.com
And to think Bethesda officially announced Fallout 4 only five months ago. And here we are. Scrambling for Nuka Cola at Target. Cursing Amazon for day-late shipments. And journos rapidfire posting anything and everything they can about tips and tricks and exploits. Chuck, our Editor-in-Chief, will flog me for being late on my Divinity: Original Sin review for PS4, but he lives, like, seven states away, so that gives me a little bit of a headstart on playing more Fallout 4. I've been neck-deep in the Bostonian wasteland for a couple weeks now (thank you, review copy), and it's often all I can think about when I'm in the car, at work, at the gym, or chilling on Netflix.

Dan Keener, Sr. A/V Writer, dkeener@gamingnexus.com
No mater what I am playing, it will have a four in the title. Fallout 4 will dominate my game time, but I plan to slip in some Rock Band 4 play time as well with the latest DLC.

Matt Mirkovich, Staff Writer, @Stillmywords
So I'm a bit insane. I have all of the following games arriving within seven days of each other, thanks to various sales and discounts: Call of Duty: Black Ops III, Rodea the Sky Soldier, Rise of the Tomb Raider, Halo 5, Super Beat Xonic, and, of course, Fallout 4. And I'm probably going to forsake all of them for Final Fantasy XIV: Heavensward because patch 3.1 dropped and there is so much new content. Tell my family I love them...

John Yan, Senior Hardware Editor, @TheJohnYan
I mean, is there anything else besides Fallout 4? Well, maybe a few rounds of Black Ops III will be thrown in there, but most of my time will be spent in the wastelands of Boston. 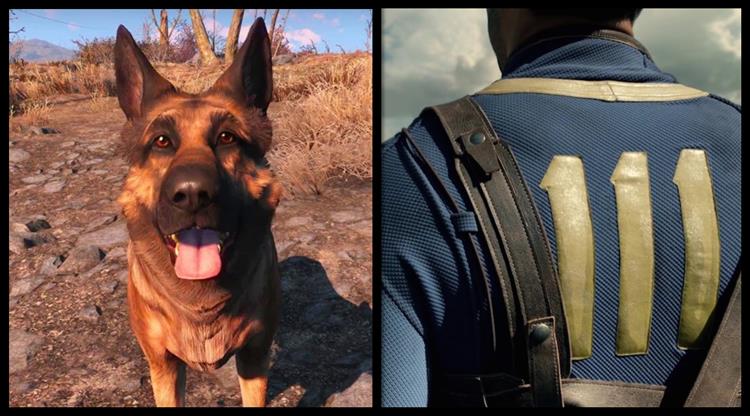