Sean Colleli, Staff Writer, @scolleli
After seeing how painfully tedious the new Star Wars Battlefront demo looked, I think I'll fire up Battlefront 2 instead and get some friends together for a match or two. In further defiance of the Disney empire's encroaching merchandise glut, I'll play some Rogue Leader on my GameCube and start a replay of Jedi Outcast. Star Wars is like your first college fling that ended in a messy breakup. It's hollow and exploitative bitterness now that is best to walk away from, but you'll always have the rosy memories and snapshots of when it was good and pure.

Chapel Collins, Staff Writer, @ChappelCollins
I'm suffering from extreme Star Wars hype, compounded by extreme Star Wars withdrawal in the wake of the Battlefront beta. Between daydreaming about Battlefront and watching the most recent Force Awakens trailer until my eyes bleed, I will probably dive back into Jedi Academy for the millionth time in an attempt to ease the pangs of hype as much as I can.

Jeremy Duff, Senior Staff Writer, @Duff3c
From Rock Band to Guitar Hero, I will spend this weekend channeling my inner Eddie Van Halen as I try to grasp the new control scheme that is featured in Guitar Hero Live. I like the presentation style of the game, and Guitar Hero TV is actually an ingenious creation, but I am still struggling to grasp the new guitar layout after spending so many years using the five-button-fret setup. Plus, some devil decided that it would be a good idea to port Marvel Puzzle Quest over to the PS4, which has resulted in me falling off of the wagon and becoming obsessed with the game once more. This is a habit that I had to kick once before, but thankfully this time I don't have to worry about investing too much money into this version. The F2P design has been dropped in favor of a full-fledged game experience that doesn't ask you for anything other than the initial cost of admission.

Travis Huinker, Staff Writer, @travishuinker
As mentioned by others, I'll also be turning down the lights and playing some horror games in honor of the upcoming Halloween holiday. Like Randy, Until Dawn is also on my spooky plate of goodness, and I'm biting my fingernails in anticipation of the many scares headed my way. Another tense and scary game that I'm looking to play this weekend is Alan Wake, which I missed back in 2010 when it was released. I'd also like to have a mini-Alien marathon with Alien: Isolation and Aliens: Colonial Marines (if time permits, of course).

Charles "Chuck" Husemann, Editor-in-Chief, @chusemann
This weekend I'll be diving into the multiplayer and co-op portion of Halo 5 for my review on Monday. I wrapped the single-player campaign up on Wednesday and I'll be diving back into that a bit to formalize my impressions a bit more. Outside of that, I'll be checking out Rock Band 4 a bit and playing some MechWarrior Online.

Randy Kalista, Staff Writer, rkalista@gamingnexus.com
I'm in chapter 6 of 10 in Until Dawn. Stuff's really hitting the fan. Matt just ate it, Josh is dead, Jessica is probably dead, too, and Emily is MIA. Chris is off on his own somewhere, and so is Mike, while Sam (Hayden Panattiere) is trouncing around in a towel (nice!). I'm down to three of six teenagers accounted for. Is "everybody dies" a possible ending? I'm probably getting that ending. Otherwise, if I finish this (or if everybody's finished off; same thing) then I'll start up Life Is Strange again. I played a bit of the first episode, hated the dumb paint-spilling puzzle, but decided to wait until all five episodes were out to really play through. And all five are out now, so, all told, I'll be having a very teen-angsty weekend.

Matt Mirkovich, Staff Writer, @Stillmywords
Like Randy, I'm digging into horror games this weekend. Corpse Party: Blood Drive has been all I've been playing lately, though not as good as the first game, I am enjoying it more than the second. I've also got Dragon Quest Heroes to work on, and hopefully I can complete all the missions on Nightmare difficulty in Fatal Frame: Maiden of Black Water. 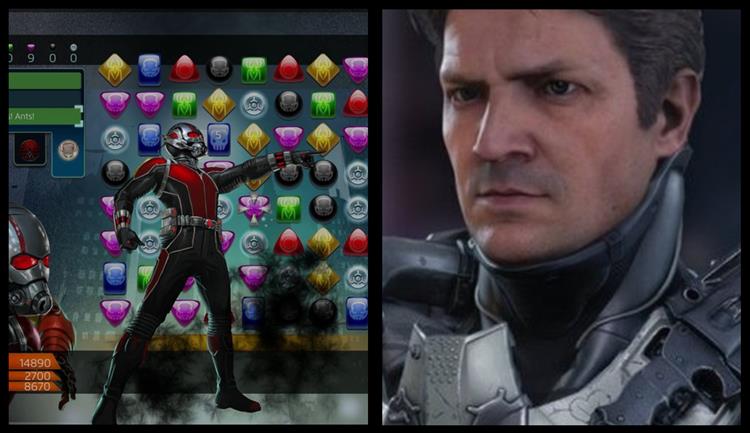