Target leaked the $50 price drop on the PlayStation 4. IGN Turkey leaked Far Cry: Primal. And Stephen Colbert thinks the creator of No Man's Sky is a god.

Sean Colleli, Staff Writer, @scolleli
I finished Assassin's Creed: Brotherhood and moved on to Assassin's Creed: Revelations, which I had not played up to this point. It's...ok so far? I'm not digging Istanbul as much as Renaissance Rome, and the bomb-making mechanic seems needlessly complex and mostly superficial. Still, it's cool to see grumpy middle-aged Ezio running around on rooftops as if his back isn't killing him by this point in his life.

Chapel Collins, Staff Writer, @ChapelCollins
Star Wars Battlefront beta, all day, every day. I've been waiting 10 years for this game. I haven't been so excited to be able to play something since, perhaps, Skyrim came out in 2011. Since the beta will only be available for a few days, I plan to squeeze every last drop of gameplay out of it I can.

Jeremy Duff, Senior Staff Writer, @Duff3c
It is going to be a Rock Band 4 weekend in the Duff household. We're gonna be playing all of the hits, all of the time! Plus, there always has to be a little time for Destiny and Rocksmith. I refuse to give up on my trek with Rocksmith, even if using plastic versions of instruments is a lot easier.

Charles Husemann, Editor-in-Chief, @chusemann
With the NHL season starting this week, my gaming time is going to be a bit reduced as watching and going to hockey games will eat into my gaming time a bit. The hometown Blue Jackets are looking a bit dangerous this year, and hopefully the injury bug won't slow them down too much. I'm going to be investing a lot of time into Rock Band 4 as I finally introduce my wife to the plastic instrument genre. I'm really hoping that the final game is better than the user interface hell of trying to bring forward songs from previous iterations of the franchise. I'll also be spending some time with the Star Wars Battlefront beta to see if the game lives up to the large amount of hype I've built up for the game. Whatever time is left this weekend will be spent with The Taken King and MechWarrior Online.

Randy Kalista, Staff Writer, rkalista@gamingnexus.com
I've got Plague Inc. in my pocket, and the other is strumming through Rocksmith. Actually, that's not possible. Need both hands for guitar. And my best crooning voice for "Losing My Religion." It's no small irony that I'm actually losing sleep while learning a song by a band called R.E.M. Broken Age is free for PS Plus folks, so I'm taking it. Need to see if Tim Schafer's still got it. Though I say that with somewhat of a borrowed opinion. The only Tim Schafer game I really got into was Psychonauts, so we'll see.

Rob Larkin, Staff Writer, @Rob_GN
This weekend will definitely see some Star Wars Battlefront beta action. I'll also want to clean up some old games. So, Modern Warfare and that last trophy from FIFA 15 are on the menu. I won't be getting a ton of gaming in after this weekend, as my brother-in-law is visiting all next week and I'm off to Paris a few days as soon as he heads out. 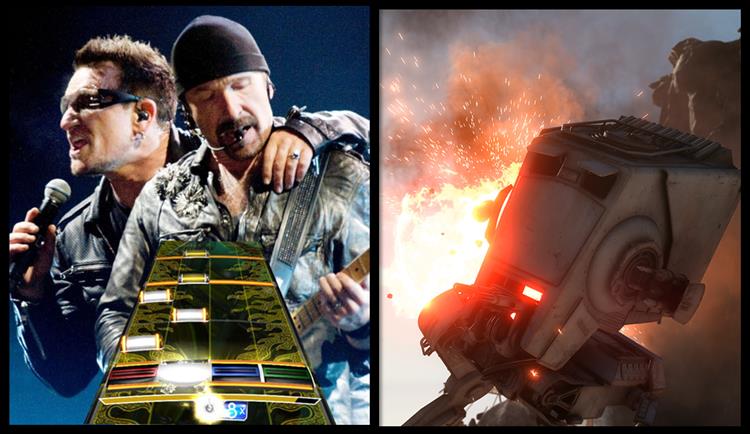