What We're Playing This Weekend: The Taken King in a Dangerous Spacetime Edition

The Last of Us creative director is asking Valve for the keys to the Half-Life franchise. Mariah Carey just debuted as the new Game of War spokesperson. And NBA 2K16 has a single-player story written by Spike Lee.

Russell Archey, Staff Writer, @NeoScyther
I've been rather hooked on Super Mario Maker. I've only made one stage myself, but the majority of my time is being spent just playing the various stages others have made, and going through the 100-Mario Challenge. I've also been playing Lovers in a Dangerous Spacetime for an upcoming review. Pretty good so far, and has a unique style of gameplay that I don't believe I've seen in any other game that I've played.

Sean Colleli, Staff Writer, @scolleli
As I continue my vigil waiting for No Man's Sky, which may or may not ever come out, I'm replaying some of my favorite old games. I picked up the Prince of Persia HD trilogy for PS3, and I made my way through Sands of Time. It's still an amazing game, but I'm sad to say this HD collection is a poorly optimized mess—way to drop the ball on some of the best classics of last generation, Ubisoft—so I'm taking a break with Prince of Persia: The Forgotten Sands for Wii. The Wii version of Forgotten Sands is altogether different game than the one I reviewed in 2010. It's brighter, more colorful, and has a more whimsical story that hews much closer to the original Sands of Time, but still has ingenious platforming and action. I'm liking it a lot, and so far it's a much better followup to Sands of Time than the angsty, half-broken Warrior Within ever was.

Chapel Collins, Staff Writer, @ChapelCollins
This weekend is, yet again, Diablo III for me. I've hit Hell difficulty, and it just keeps getting more fun. I'm really enjoying the console version of the game, blasphemous as that may be. I'm also looking forward to diving into Castle Crashers again for an upcoming review. I enjoyed that game immensely a few years ago, and I'm excited to be able to do so again.

Jeremy Duff, Senior Staff Writer, @Duff3c
I will be tagging along with Chuck as we seek to defeat The Taken King. Destiny has wrapped me in its clutches once again, thanks to the variety of improvements that were made with the recent update. Of course, Super Mario Maker will demand some of my time, too, as the never ending feud of "top this" continues between my daughter and myself.

Charles Husemann, Editor-in-Chief, @chusemann
This weekend will be dominated by The Taken King as I power my way through the game in the never ending search of bigger and better loot. I was able to level up from level 27 to the previous cap of level 34 without a lot of effort, so I imagine that the climb from 34 to 40 will also be fairly easy. I am very interested to see if The Taken King missions provide any more interest or fun than the previous DLC packages—which were OK at best. I'm still not sure I want to dip my toes into the PvP side of things, but we'll see if the new systems make that a bit more tolerable. Outside of that, it will be the usual rounds of MechWarrior Online as I grind C-Bills for another Timber Wolf. Thanks to a double XP weekend last weekend, I was able to acquire and level up a new Timber Wolf without a lot of hard work, so it's time to focus on getting another one so I can unlock that next tier of mech perks.

Randy Kalista, Staff Writer, rkalista@gamingnexus.com
I'm trying to talk my wife into playing Until Dawn with me. I hear it's great with another person spectating on the couch with you, but, I know my wife, and she won't touch horror with a 10-foot pole. So, I'll probably just keep techno-sleuthing my way through the cyberpunk noir of Shadowrun Returns. Who wrote this stuff? This is some wonderfully hard-boiled storytelling. But, more than anything, I've been digging Rocksmith. I lettered in band during high school. I played the alto saxophone back then. After all these years, I'm finally willing to learn a new instrument. Guitars and saxophones have nothing in common whatsoever, so I'm starting from scratch. I love Rocksmith's progression. It's freaky how much I can already play after only a couple hours' worth of lessons.

Rob Larkin, Staff Writer, @Rob_GN
I got a new TV, yay! So while I'm not sure what I'll be playing, I am sure it will look bigger and better than last weekend. I'll probably be playing a little Pro Clubs in FIFA 15 as I wait for 16, and maybe some Advanced Warfare because I'm just about two trophies away from platinum on both of those games. Other than that, I'm not sure, maybe something else from the backlog, like Assassin's Creed IV: Black Flag or one of the PS Plus freebies from the last few months. Oh, I know. I got Metro: Last Light Redux on the 20th Anniversary PlayStation sale, so I'll be playing that some more, for sure. 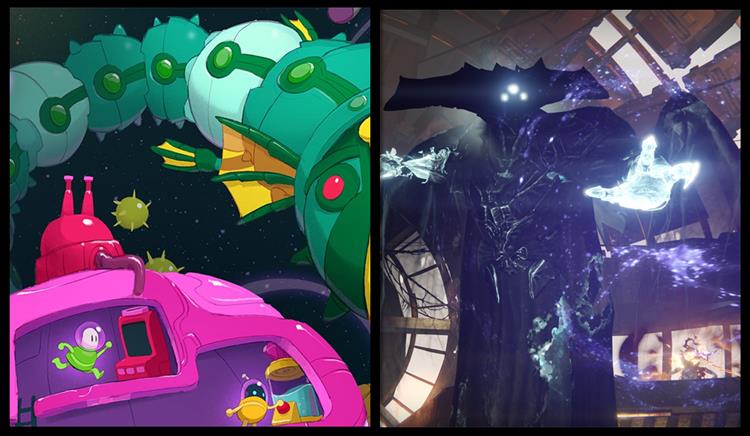