Felix "PewDiePie" Kjellberg’s YouTube channel is the first to get 10 billion views (and second place isn’t even close). Skywind has over 100 voice actors re-record Morrowind's lines. And Arekkz will quickly get you up to speed on everything you need to know about Destiny 2.0.

Russell Archey, Staff Writer, @NeoScyther
This weekend will be spent going back and forth between Super Mario Maker and Mega Man Legacy Collection. I've been taking the Mega Man games in order and tackling some of the challenges in between games, but I'm truly dreading the final few once I unlock them, which consist of such fun challenges, as defeating every robot master without using any special weapons or clearing multiple disappearing block rooms without any weapons or items. Thankfully, you don't have to do these on one life. As for Super Mario Maker, I'm typically terrible at stage construction, so, while I do have an idea or two in mind, I'll likely spend a lot of time downloading stages made by other players and trekking through them.

Sean Colleli, Staff Writer, @scolleli
I'm holding off on Metal Gear Solid V: The Phantom Pain for now, but that gives me plenty of time to finish Metal Gear Solid: Peace Walker. I'm also wrapping up Dead Space 3, which has gotten better after the halfway point, but is still annoying in spots.

Chapel Collins, Staff Writer, @ChapelCollins
I haven't yet been able to break the spell Diablo III has cast upon me once again. So, I reckon most of my time will be covered in demon blood and endless loot. However, I also picked up Sleeping Dogs: Definitive Edition a few days ago, and I'm really enjoying revisiting it. I feel like I didn't quite give it the attention it deserved when I first played it a few years ago, so I'm going to try and be a little more dedicated this time around.

Jeremy Duff, Senior Staff Writer, @Duff3c
I have a bit of catching up to do on a few games that have been neglected recently. I am staring at The Castle Game for PS4, plus I need to wrap up Gryphon Knight Epic on the PC. It's just so hard with such great releases hitting every week, as I know that I need to pick up Super Mario Maker this week, too. So many choices, so little time.

Travis Huinker, Staff Writer, @travishuinker
This weekend, I'll be once again returning to Mad Max and The Phantom Pain. Both seem to be solid games so far. I'm absolutely digging the post-apocalypse universe of Mad Max. The car combat is a rush, and I'm addicted to upgrading the Magnum Opus.

Charles Husemann, Editor-in-Chief, @chusemann
This weekend will be spent exploring Destiny 2.0 to see if all of the changes that Bungie pushed out this week make the game engaging again. I purchased but never finished both of the expansion packs, so I'm hoping to make progress on both of those. I'll also be spending a lot of time with MechWarrior Online, as I've managed to grind enough C-Bills to pick up my second Timber Wolf. I'm not really looking forward to the fun of grinding Mech XP to get it to master level, but having that much horse power on such a good-looking chassis should more than compensate for it.

Randy Kalista, Staff Writer, @RandyKalista
I'm still catching up from Labor Day Weekend spent on the coast, so now my Tearaway Unfolded review is really due. I've "complained" about it on our staff's Slack chat, but I wonder if it's possible to innovate entirely too much during the course of one game. We are talking about Media Molecule here, though, so innovation is par for the course, I get it. Otherwise, I've picked up Lara Croft GO on the phone, Shadowrun Returns for under two bucks from the Humble Store, and—upon recommendation from Jeremy—I've got Rocksmith on the way to fuel my not-yet-midlife musical crisis.

Matt Mirkovich, Staff Writer, @Stillmywords
A whole lot of The Phantom Pain for me. Along with a bit of Mario Maker, the latest Senran Kagura, and I'll be finishing up my reviews of Xeodrifter and Persona 4: Dancing All Night. But man do I really only want to play MGS5. I just can't put it down.

John Yan, Senior Hardware Editor, @TheJohnYan
It's going to be a lot of Diablo III once again this weekend. I just made another monk and had it powered level to 70 in about 15 minutes. Going to be doing a healing monk with that, as I have all the pieces necessary for that support build. I've seen people push Greater Rifts into the 70s, so we'll see how far I can take that monk. I'll also be diving more into The Phantom Pain and some Rocket League on PC. 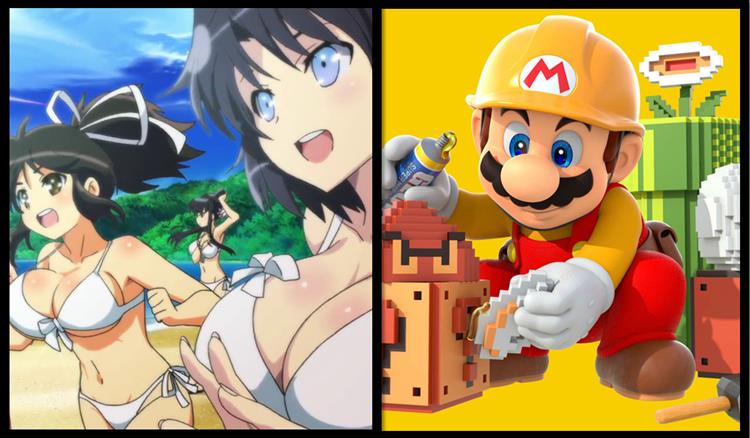