Derek Smart, an indie game developer, wants to bring a class action lawsuit against Chris Roberts, developer of Star Citizen. Cliff Bleszinski, the dude who made Gears of War, took the lid off Project BlueStreak, his "sci fi fps no zombies" game. And while we've all been sitting in front of our PlayStations, Sony has been building drones.

Russell Archey, Staff Writer, @NeoScyther
In between sessions of Runbow, I'll likely be spending most of my time with Mega Man Legacy Collection and trying to get all of the achievements, though I'm not looking forward to finishing the last challenge (All Robot Rush: No Items). I haven't unlocked it yet, but if I had to guess, it's all 46 Robot Masters buster only. That one might take awhile, though I think you're given several lives, so finishing it won't be that bad, but getting a gold medal will be a nightmare. I'm also getting better at soloing Crawmerax in the original Borderlands, but have yet to get any pearlescent weapons (though for a solo run it's incredibly rare), so I tend to do a couple runs a day, time permitting.

Sean Colleli, Staff Writer, @scolleli
I'm wrapping up the Dead Space 2: Severed DLC, otherwise known as the one that needlessly kills all the cool characters from Dead Space: Extraction. I just remember it being a real letdown and a crappy way to wrap up Dead Space 2, which was otherwise an awesome sci-fi horror game. Hopefully Dead Space 3 will wash the taste of Severed out of my mouth.

Chapel Collins, Staff Writer, @ChapelCollins
After making the decision not to get involved with Black Ops III, a free beta was released. So I figured, Why not, I'll see what it's like, and turns out it's pretty dang fun. Advanced Warfare disappointed me as being too close to Titanfall, but Black Ops III appears to have toned down the double jumps and acrobatics more to my liking. So, this weekend I'll be delving into the beta a little more to see what happens.

Travis Huinker, Staff Writer, @travishuinker
This weekend I'll be sneaking around and planning my attacks in the recently released indie game Party Hard. I'll also be continuing my adventures in the closed beta testing of the upcoming free-to-play conversion of WildStar. Lastly, I plan to spend some time scavenging for supplies and hunting zombies in State of Decay: Year One Survival Edition.

Charles Husemann, Editor-in-Chief, @chusemann
This weekend may be the weekend I dive back into Destiny to play through the first DLC package, which I purchased but never played. I'm getting fairly excited about thec changes coming with The Taken King, but I need to get back up to speed before the game comes out. I'm also debating if I want to pick up Gears of War: Ultimate Edition, as Nathan's review was enough to get me interested in the game after last playing it almost a decade ago. After that, it will be the usual rounds of MechWarrior Online. I've finally got all three of my Kit Foxes leveled up to elite, and now it's time to grind them up to mastery. I've also got enough cash to buy one of the very sexy-looking Ebon Jaguar mechs but I will probably hold onto my C-Bills until I'm done with the Kit Foxes.

Randy Kalista, Staff Writer, @RandyKalista
I'm in a rut with my role-playing games. Can't seem to dig too deep into any of them right now. But that Black Ops III beta got me in a trigger happy mood. I've revisited the Destiny demo to see if it's a lifestyle I'll be buying into. It's getting harder and harder to say no. I'm firing up Dying Light, too, just to bust some heads and get a little Mirror's Edge-lite in my life.

Rob Larkin, Staff Writer, @Rob_GN
Definitely going to be a lot of Hearthstone. I dropped my whole chest of 4,500 in-game gold on The Grand Tournament packs, and I have enough Arcane Dust to craft two new legendaries. Just trying to decide which, but I should finally have that Priest deck I always wanted (Priest is my favorite character, hands down). I also got suckered back into FIFA 15. I tried to back off with FIFA 16 coming up, but thinking about 16 just made me want to play FIFA even more. It's a viscious cycle. Also, after the Black Ops III beta last weekend, I'll probably get a few rounds of Advanced Warfare in.

Matt Mirkovich, Staff Writer, @Stillmywords
I'm working on a whole lot of music games this week. I have Hatsune Miku: Project Diva Mirai: DX on 3DS, and Persona 4: Dancing All Night. Both of which are just utterly consuming my time. I'm still plugging away at Final Fantasy XIV: Heavensward. Now I'm working on leveling an Astrologian, and continued Alexander grinds for gear on my Bard. I'm also playing Metal Gear Solid: Ground Zeroes so I can pregame for Metal Gear Solid V next week. 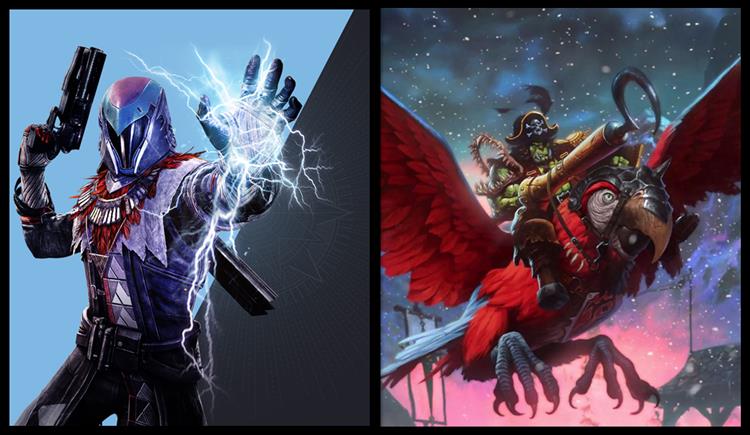