Xbox has announced the free games we'll be getting in September, and if I do say so myself, this is a pretty good month.

A little strange that this will be the second version of Tomb Raider that has been a Game with Gold, but I'm sure there are many like me who played it on the Xbox 360 and will jump at the chance to play the updated version for free. 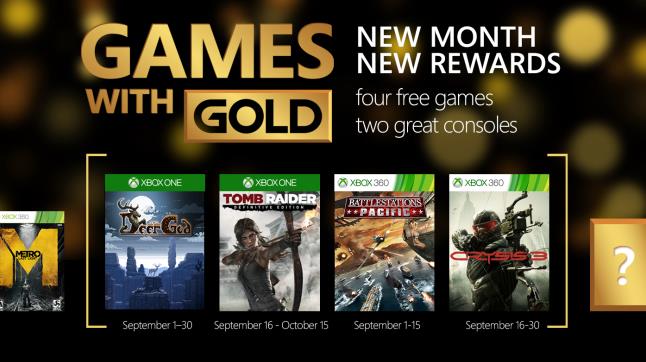