Windows 10 won't run games with SafeDisc or SecuROM DRM stuck to them. The Witcher 3 New Game Plus is in the wild. And why, exactly, is Star Citizen now a year overdue?

Sean Colleli, Staff Writer, @scolleli
I realized I've never played Dead Space 3, due to some really bad DLC rumors when it came out. Now that it's cheap, I bought it used and decided to replay the entire series. I finished Dead Space 1 last week and I'm halfway through Dead Space: Extraction, the excellent horror rail shooter for Wii. It's pretty short, so I'll probably get to Dead Space 2 by the weekend. I'm looking forward to that because DS2 is really great, but I'm still hoping the third game isn't as bad or cheap with the DLC as I've heard.

Jeremy Duff, Senior Staff Writer, @Duff3c
All He-Man, all the time in my household! Toy Soldiers is going to be sucking up all of my time this weekend, specifically He-Man and his Eternian Guard. They didn't even need to include any other armies, in my opinion, but they did, so, perhaps I should check them out sometime. It's just so hard to choose another one with He-Man and Battlecat staring at me on the army selection screen.

Travis Huinker, Staff Writer, @travishuinker
This weekend I'll be playing more of Company of Heroes 2: The British Forces for my upcoming review this Tuesday. In addition, I'll be playing the WildStar free-to-play closed beta for an upcoming preview.

Charles Husemann, Editor-in-Chief, @chusemann
This weekend I'll be diving into an upcoming horror-adventure game that I'm reviewing. So far so good, but I'm already identifying which of the NPCs I'm going to allow to be killed first so that I no longer have to deal with them. MechWarrior Online is still on the docket as Pirahna games released an update to the Forest Colony map that is quite delightful. I'm still leveling up my trio of Kit Fox light mechs and I've finally found the perfect weapons set for each.

Randy Kalista, Staff Writer, @RandyKalista
I'm going into the Black Ops III multiplayer beta, which, for me, will be a comedy of errors. The only competitive multiplayer game I ever got into was Assassin's Creed: Brotherhood. And World of Tanks. So, I'm guessing this'll be a bit different. With my Journey review in the bag, maybe I'll be able to put it down long enough to get that final trophy: "Start the journey again after a weeklong break." 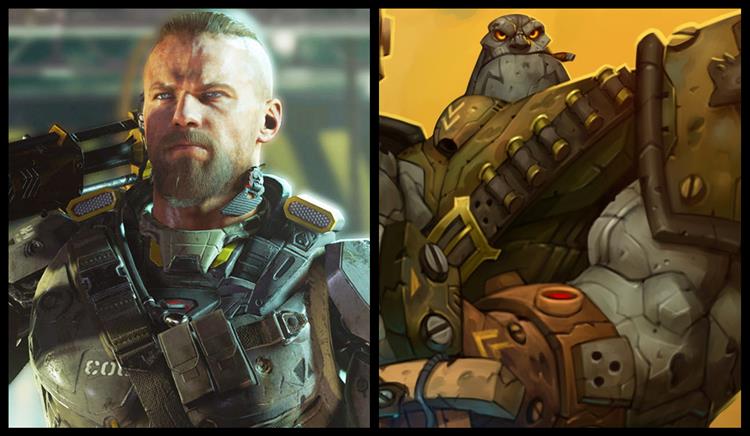