Chapel Collins, Staff Writer, @ChapelCollins
After something like three years, I have finally decided to make the dive back into Borderlands 2 and try to complete the achievements, including the ones for the DLC. I have (semi-) successfully hobbled and cried my way through Pete, Hyperius, and Master Gee the Invincible so far, with the two Hammerlock's Hunt raid bosses remaining. In order to get this far, I've done some things in the game I'm not proud of. Let's hope these final two bosses will guide me to redemption, and not drive me further down the dark path of cheap exploits and co-op shenanigans.

Travis Huinker, Staff Writer, @travishuinker
This weekend I'll be returning to Fallout: New Vegas with plenty of mods for extra fun. I'd also like to return to my playthrough of The Witcher 3, which was sidetracked with the recent onslaught of game releases this summer. Lastly, I plan to sit down and spend some time designing houses in The Sims 4.

Charles Husemann, Editor-in-Chief, @chusemann
I'm back into MechWarrior Online as I grind experience points to level up my latest batch of mechs. This is my first batch of Clan mechs and they are not nearly as customizable as the I.S. mechs that I've used in the past. The weapon systems are a bit more fun but as of right now you can't upgrade the engines or play with the Omnipods on the mechs. That said, they are still a lot of fun and I finally found the sweet spot with the KFX-C model where two medium pulse lasers are a great setup for a clan AC-10.

Randy Kalista, Staff Writer, @RandyKalista
I'm bingeing on mobile gaming. Well, I'm playing two games on my phone, but for me, that's bingeing. MegaCity is the first. It's like turn-based Tetris, with original, top-down SimCity blocks as the Tetris blocks. The other game is Pako. No idea what the name means. But it's a car chase through closed-off parking lots, spinning donuts into the pavement and dodging Five-O.

Rob Larkin, Staff Writer, @Rob_GN
Finally getting settled back in after a week back in the U.S. and a whole lotta day job work of my own, as well as getting my wife settled in with her new job. This weekend it will be a bit of Killzone Shadow Fall. I've been playing on and off since I got the PS4 last Christmas, and I realized I'm just around the corner from the platinum trophy, so I think I'm going to put my head down and push through the finish line there. I keep playing FIFA 15 because the Ultimate Team tournament bonuses have been so good lately, even though I know FIFA 16 isn't far off. I'm going to try and pull away from that until the next iteration and maybe have a little Rocket League fun instead.

Matt Mirkovich, Staff Writer, @Stillmywords
I'll be playing the cute-as-all-get-out Hatsune Miku: Project Mirai DX on 3DS. The super-deformed style fits the game so well, and it's killing me with sugar-sweet visuals. I'm also finishing up reviews for Abyss Odyssey: Extended Dream Edition, and Onechanbara Z2 Chaos. And, as always, commited to Final Fantasy XIV: Heavensward, running Alexander and participating in the Moonfire Faire because why not?

John Yan, Senior Hardware Editor, @TheJohnYan
I've been playing RollerCoaster Tycoon 3 with my son. I forgot how much fun this game is. Even though the graphics aren't really that great anymore, the game's little touches and fun sandbox mode really are something that both of us can enjoy. I'll also dive into Diablo III before the next patch comes out this Tuesday. Finally, I'll probably do a few sessions of Fallout Shelter on my phone, now that it's been released for Android. 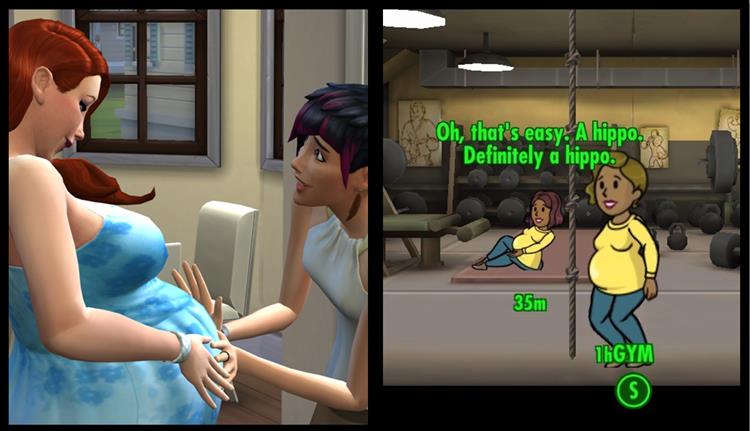