Peter Dinklage is one of the hottest names in Hollywood right now, due in no small part to his hugely popular character, Tyrion Lannister, on Game of Thrones, and his fantastic portrayal of him. It's no surprise that many people were excited about his voice over performance in Destiny as the player's companion, Ghost. Unfortunately, also due to his popularity, his schedule has not been flexible enough for Bungie and they have decided to replace him with voice over icon Nolan North.

Despite the initial excitement about Dinklage's appearance, however, there was a significant amount of backlash to his performance once the game was released, with many players finding it nothing short of flat. Discussing this change in an interview with Game Informer, Destiny's executive producer Mark Noseworthy insisted this had nothing to do with his replacement, and that it was simply due to schedule constraints.

With another new expansion, The Taken King, due out next month, it's really no surprise that Dinklage is too busy to come into the studio often enough to meet Destiny's ever-growing needs. As a fan, I'm sad to see him go, but I'm sure no one doubts Nolan North's ability to pick up the slack. 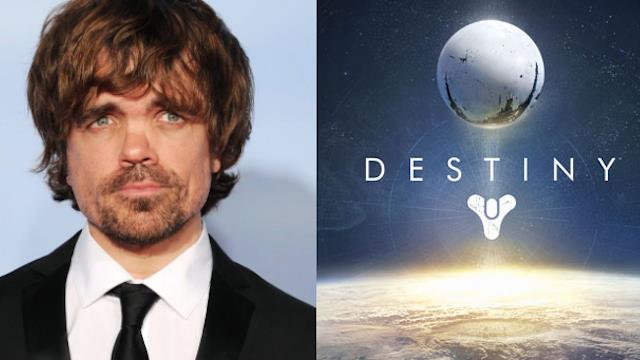