Buy Gears of War: Ultimate, get all the Gears for your Xbox One

In case you've been living under a rock, Microsoft announced this cool little thing called backwards compatibility a few months ago at E3. With that, you'll be able to play some of your old Xbox 360 games on your Xbox One. Microsoft's going to really push that and they are starting to with the announcement today regarding Gears of War: Ultimate.

For a limited time, those who purchase Gears of War: Ultimate will get all the Xbox 360 Gears of War games for free. We're talking 1,2,3, and Judgement which will come out this Fall on the Xbox One via the backwards compatibility feature. And yes, you'll get all your saves imported in as well as be able to play with friends online.

The deadline to be able to pick up this deal is December 31, 2015. It's a pretty good deal and definitely fans of the old Gears games will enjoy. 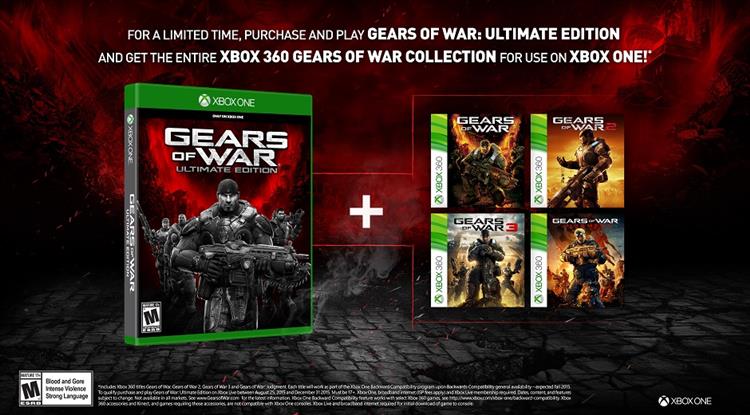