EA Sports has been taking it on the chin since the release of Rory McIlroy PGA Tour was released. The game is rather devoid of multiple game modes from the previous version of the franchise in 2014, is short on courses and golfers, and feels like a stripped down game that's still in a beta. EA Sports is trying to play damage control at this point, offering a bit of an olive branch to players. In a release on their website, the company announced some upcoming DLC for players.

EA SPORTS Rory McIlroy PGA TOUR will be releasing new content, making new courses available for free to all owners. The first of these is TPC Scottsdale, which will be available on August 11. This course, set in the beautiful Sonoran Desert, provides a masterful blend of challenge and playability.

And toward the end of September, East Lake Golf Club, host of the PGA TOUR FedExCup TOUR Championship by Coca Cola, will also be available for free.

That's all fine and dandy, but there's a bit of a problem.  First, the TPC Scottsdale course was alreayd made available to those who pre-ordered the game, so those people aren't really gaining anything in that facet. Second, it's nice to offer up a course such as East Lake, which is hosting the PGA Championship, but shouldn't that course have been available form the very beginning because of that very reason? It's bad enough that players are having to repeat playing the same few courses in career mode, let alone have a fake major at the beginning replacing The Masters.

I can appreciate EA Sports using this as a backwards way of perhaps admitting that they've released a half-finished game, but this is a band-aid on a broken leg. PGA Tour isn't even close to the amount of content, golfers, game modes, etc. that Tiger Woods PGA Tour 2014 had available, yet gamers are fearing the worst that all of that lost content will be made available in a few months....for a price. 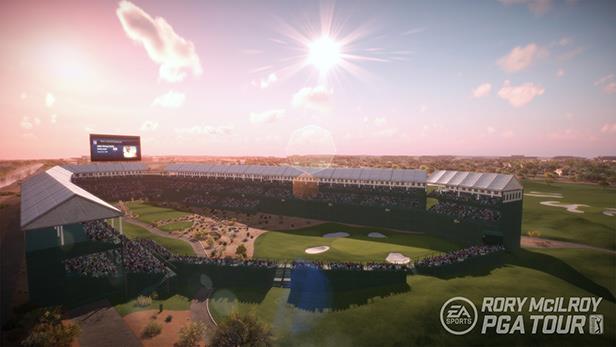