FIFA 16 will feature a woman on its cover for the first time in the series' 22-year history. A new NASA-funded study lays out plans to return humans to the moon in 2021. And the most sexist male gamers are usually also the least skilled.

Sean Cahill, Staff Writer, @seancahill24
I've been playing a rather unhealthy amount of Rocket League, but I plan on jumping back into The Witcher 3 at some point, as I have neglected the game far too much lately. We'll see what wins out for "most played" because both games are insanely fun.

Sean Colleli, Staff Writer, @scolleli
I've heard conflicting things about Batman: Arkham Origins, and considering I'm wrapping up Arkham City again, I decided to take the plunge. Here's the funny thing though—the Arkham Origins Complete Edition only came out in Europe, so I was forced to buy the U.K. version from Amazon U.K. I'm crossing my fingers that the DLC vouchers will work on my NTCS-region PS3. If not, I will be quite cross, I say!

Chapel Collins, Staff Writer, @ChapelCollins
I'm finally getting around to playing Super Mario Galaxy. I don't know how I missed it; not only is it Mario, but it's one of the highest-rated games of all time. I'm looking forward to being able to sink enough time into it to really get invested this weekend. I will also be cracking into Master Quest for Ocarina of Time 3D. I've played the regular version more times than I can count, and it'll be good to have a few curve balls thrown my way.

Jeremy Duff, Senior Staff Writer, @Duff3c
Hadouken! This weekend is going to be focused solely on the Street Fighter V beta test for me. There are only a few days to play, and I intend on making the most out of it and fully exploring the game and all six available characters.

Charles Husemann, Editor-in-Chief, @chusemann
I think I'm about to wrap up The Witcher 3, so I'll be digging into The Red Solstice a bit to see what that game is all about. After that I think a bunch of Rocket League is on the docket and maybe a return to MechWarrior Online as well.

Randy Kalista, Staff Writer, @RandyKalista
For couch co-op with my five-year-old, I got LEGO Star Wars III (upon her recommendation). She's having a blast, but each level's objectives are weirdly obscure. I spend most of the time running in circles, guessing at what to do next. Daddy needs some Witcher 3 time, though, so once the kiddo is tucked in for the night, I'm making the rounds through the Northern Realms. 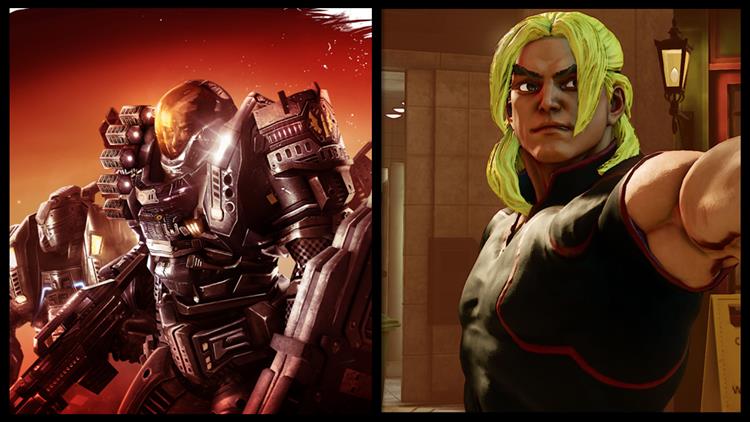