Russell Archey, Staff Writer, @NeoScyther
I'll be spending a lot of my non-work time this weekend with Aero's Quest so I can get my review ready for it soon. Beyond that, I've been bitten by the Borderlands bug a lot recently, so I've gone back to my original Siren I started back when I first got the game on Steam. I'm now trying to 100% complete the game in terms of challenges and achievements. Still have a long way to go, but I'm reminding myself over the past few months how much I still love the original Borderlands.

Nathan Carter, Staff Writer, @natedoggcata
If this weekend is anything like last, I will be playing a lot of my unplayed games in my Steam library. Most of them being single-player offline games, thanks to my wonderful ISP (who shall remain nameless) and its atrocious service. Internet cutting out every five to 10 minutes? Maintenance during prime hours? Internet being down for one to 10 hours at a time? Yup, this is apparently what I am paying for. Sad thing is that I can't go with another provider since they are the only ones that service this area. Lovely. Anyways, since the PC version of Arkham Knight is dead, I will probably go back to the other three games and try for 100% completion. I still have tons of Riddler trophies and challenge maps to finish from Arkham City.

Sean Colleli, Staff Writer, @scolleli
It turns out my girlfriend is a huge Mario fan, so I'll probably be diving back into New Super Mario Bros. Wii U. She puts my Mario World SNES skills to shame—it's scary how well she remembers all the secret exits—but we're having fun both discovering the secrets of Mario Wii U. It's much harder than other recent games in the New Super series, which is why I never got very far back in 2012.

Chapel Collins, Staff Writer, @ChapelCollins
I have begun to delve back into Grand Theft Auto Online over the past few days, and I imagine I'll be doing back-to-back heists some this weekend. Still though, The Witcher 3 has my (almost) undivided attention. It's so hard to break away from that world. I also, however, started watching The Wire in HD on Amazon Prime, and I have just started to really get sucked in. It seems no matter what happens this weekend, it will be spent in front of my Xbox.

Jeremy Duff, Senior Staff Writer, @Duff3c
This weekend will be spent playing the role of two totally bad-ass heroes in two different eras. First off, I will be swinging back through Gotham to clean up the last couple of side missions that stand between me and the Platinum Trophy in Arkham Knight on PS4. In addition to that, I am going to revisit the remastered world of God of War III to see just how Sony's latest update handles on the PS4.

Travis Huinker, Staff Writer, @travishuinker
This weekend I'll be jumping into Grand Theft Auto Online to play around with the new vehicles and other items added in the Ill-Gotten Gains Part 2 update.

Randy Kalista, Staff Writer, @RandyKalista
I'm back from a weeklong electronics-blackout vacay in Washington State. But, yeah buddy, I'm now back to The Witcher 3. A spacious, naturally generated landscape in real life isn't always as engaging as a tightly crafted countryside in a video game. Sad but sometimes true. And being a rough-but-honest protagonist (again in real life) nets little more than domesticated payoffs and lukewarm dangers.

Matt Mirkovich, Staff Writer, @Stillmywords
I've got to wrap up Etrian Odyssey 2 Untold: The Fafnir Knight for my review. But that's going to be tough with Final Fantasy XIV: Heavensward, and Batman: Arkham Knight also fighting for my attention. And then there's Bloodborne which demands to be finished as well. Looking to buy more hours in a day, please.

John Yan, Senior Hardware Editor, @TheJohnYan
With Batman just about done, I'm heading back into the Mojave Wasteland and making my way through some of the DLC for Fallout: New Vegas. I just completed Dead Money and was able to roll out of the Sierra Madre with 37 gold bars in tow. I'm going to take that and get all the weapons I need and put the hurt on a bunch of folks in the game. 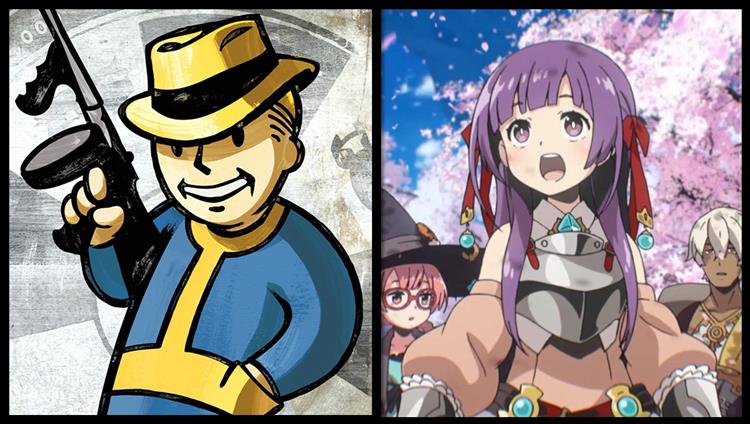