This week doesn't see much coming to either eShop in terms of new content, but the Wii U does get Mario Tennis for the Nintendo 64.  Mario Tennis was developed by Camelot, the same team behind Mario Golf and Golden Sun, and allows up to four players to play either singles or doubles matches with a nice roster of characters from the Mario universe.  Ironically, this was the game that taught me the rules of tennis and got me into it.  Needless to say I'll stick with Mario Tennis over the real thing.

In terms of sales for the Wii U eShop, if you own or buy one of the participating Nindie games, you'll get 60% off all other participating games.  This offer lasts until 9am PT on July 23rd.  You can also get Frenchy Bird for 50% off until July 16th and TNT Racers: Nitro Machines Edition for 37% off until Jul 23rd.

Over on the 3DS we have Persona Q: Shadow of the Labyrinth at 40% off until July 20th, Snow Moto Racing 3D for 50% off until July 23rd, and AeternoBlade is 46% off until August 5th.  Again, not much of a week for major new releases, but several good sales going on.  Read on for the official press release for more info. 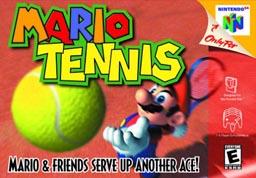 In Mario Tennis, the Mushroom Kingdom's finest hit the court in this wild multiplayer tennis game from Camelot, the talented developers behind the Golden Sun and Mario Golf games. (Photo: Business Wire)