Tales of Symphonia is coming to PC

Tales of Zestiria will have three tiers of pre-order bonusus depending on how many people pre-order it.  Everyone who pre-orders the game will also get classic Tales Of mystic artes and weapon attachment sets.  The first bonus tier is a set of four classic Tales Of male costumes, the second tier will include four class Tales Of female costumes, and the final tier will be a free Steam copy of Tales of Symphonia. 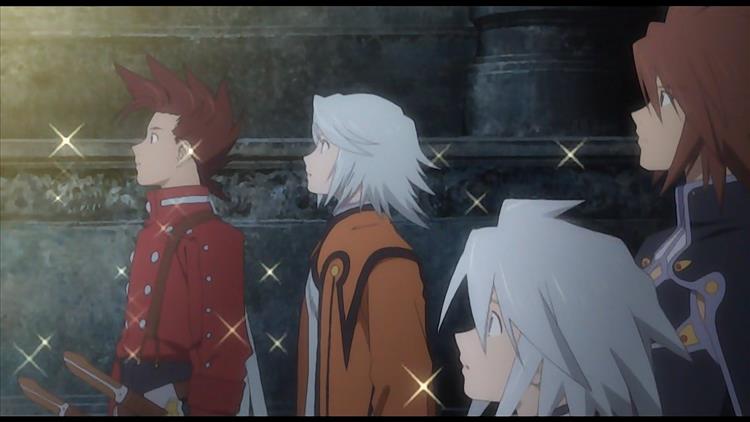 
SAN JOSE, Calif., (July 3, 2015) ?? Leading electronic entertainment developer and publisher BANDAI NAMCO Entertainment America Inc. today announced TALES OF SYMPHONIA?? for PC via STEAM for the Americas in order to better serve fans in the West who have adopted the PC as their preferred gaming platform.

Follow Lloyd Irving as he embarks on a grand adventure with his friends to restore mana back to the world of Sylvarant, a source of energy necessary for the survival of their world.  Along the way they learn of the parallel world of Tethe??alla, whose survival rests on the same source of mana Sylvarant needs to sustain life.  How will Lloyd and his friends find a way to ensure the survival of both worlds?  TALES OF SYMPHONIA takes the signature real-time battle system of the TALES OF role-playing games, allowing for direct control of the character through fast-paced tactical battles.


About BANDAI NAMCO Entertainment America Inc.
BANDAI NAMCO Entertainment America Inc., part of BANDAI NAMCO Holdings Inc., is a leading global publisher and developer of interactive content ?? including all major video game consoles, iOS, mobile and online.  The company is known for creating and publishing many of the industry??s top video game franchises, including PAC-MAN®, TEKKEN®, SOULCALIBUR®, NARUTO??, NARUTO SHIPPUDEN??, Dragon Ball®, GALAGA®, RIDGE RACER® and ACE COMBAT®.  More information about the company and its products can be found at http://www.bandainamcoent.com or www.facebook.com/BandaiNamcoUS

??PlayStation?? is a registered trademark of Sony Computer Entertainment Inc.


All other trademarks are properties of their respective owners.