It's been a while since I've posted the weekly Nintendo Download highlights, but I'm going to try my best to get back into getting these out again, and what better time to pick this back up than the week that The Legend of Zelda: Ocarina of Time hits the Wii U Virtual Console.  I think it's safe to say that Ocarina of Time is one of the best games in the series, especially for being the first of the 3D Legend of Zelda games.

As usual there's a lot more going on this week in the eShops, so hit up Nintendo's official press release for all of this week's offers. 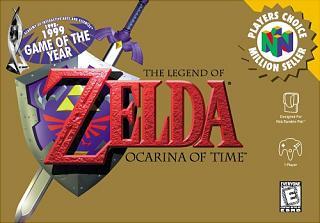 Developed to celebrate the franchise??s 10-year anniversary, Samurai Warriors Chronicles 3 incorporates the best features from previous Samurai Warriors games, including the detailed customization mode and battle system of Samurai Warriors 4, as well as the Challenge Mode, which tests players?? speed and efficiency as they fight against the clock and thousands of enemies simultaneously. (Photo: Business Wire)