Sony is introducing a new 1TB PS4—but there’s no official plan to bring it to America. Yet. Bethesda confirms unlimited frame rate for Fallout 4 on PC. And the PS3 (three!) is outselling the Xbox One 26 to 1 in Japan.

Russell Archey, Staff Writer, @NeoScyther
This weekend will likely see me playing a game 26 years in the making with Chip's Challenge 2. So far it's basically the original with new obstacles and new stages. Not necessarily a bad thing. I'll also be finishing up Back to the Future: The Game which I got during the recent Steam sale. I'm wondering why I didn't get this sooner. I've never been big into point-and-click games, but Back to the Future and Tales from the Borderlands have been the two major exceptions.

Sean Cahill, Staff Writer, @GN_Punk
Now that my real-life simulator of "moving to a new place" is all but complete, I'm going to put in some quality time with The Elder Scrolls Online: Tamriel Unlimited. I've been enjoying jumping back into the game and I'm looking forward to going deeper into the world.

Nathan Carter, Staff Writer, @natedoggcata
I was going to spend my weekend playing Batman: Arkham Knight, but the current state of the PC version is pretty unplayable, so It looks like I'll be waiting a bit longer to play as The Caped Crusader again. The good news is, I got about 10 new games via the Steam Summer Sale that I can be playing, including Wolfenstein: The Old Blood, Enslaved, a bunch of Tomb Raider games, and Resident Evil 6.

Sean Colleli, Staff Writer, @scolleli
With Metal Gear Solid V: The Phantom Pain only a few months away, I figured I should finally play through Metal Gear Solid 4. So far it's...okay. I appreciate some of the control streamlining they've done since Snake Eater, but the controls still feel like they were designed by a frustrated engineer who was locked in a basement at Konami for a decade. The graphics also haven't aged all that well in seven years. To be honest, I'm looking forward to playing through Peace Walker once I'm done with Guns of the Patriots.

Chapel Collins, Staff Writer, @ChapelCollins
This weekend, I would like to delve more deeply into The Elder Scrolls Online, but I just  can't shake this fling with The Witcher 3. I find myself wishing I was playing The Witcher no matter what I'm doing. So, try as I might to get out of Glenumbra, I will likely remain in Skellige.

Charles Husemann, Editor-in-Chief, @chusemann
This weekend I'll be trying to help Geralt with his hoarding issues in The Witcher 3. I think you know you have a problem when you actually say to yourself, "I probably don't think I can corner the market on Drowner brains," and, "I probably don't need two dozen monster tongues." I've spent most of this week clearing out monster nests and clearing out areas in Velen, but now I think might be the time to get back to finding Ciri and making progress towards actually completing the game. Then again, there are still a few dozen ? marks littering the map that are just calling out to be explored.

Randy Kalista, Staff Writer, @RandyKalista
What am I playing this weekend? More like, What am I playing every possible waking minute? The Witcher 3. I'm all over this Wild Hunt like white on a witcher's hair. I didn't get this game until Father's Day—so I'm a bit behind the masses—but I'm in it for the long haul. No rush. If there's anything I'm good at in video games, it's taking my sweet time.

Rob Larkin, Staff Writer, @Rob_GN
Hoping to get a half weekend in, as I'll be visiting family either Saturday or Sunday. I want to get some FIFA 15 in and probably some Battlefield 4 multiplayer.

John Yan, Senior Hardware Editor, @TheJohnYan
I'm Batman. That's all there is to it. I'm going to be deep in Batman: Arkham Knight and seeing the end of the trilogy that Rocksteady started. For breaks, I'll probably start into one of the four DLCs for Fallout: New Vegas. I've done a lot of the main quest and it's time I rob the Sierra Madre of its gold. I forgot how good New Vegas was and I find myself firing it up a lot just to do a quest or two in my spare time. 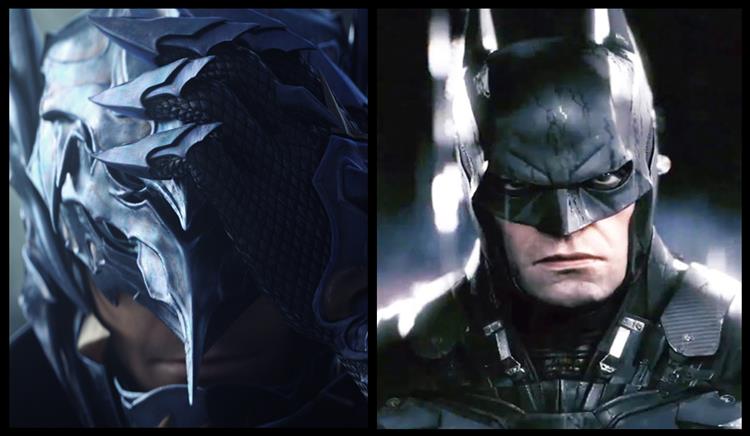