Some smaller devs are getting hammered by Steam's new "two weeks, two hours, no questions asked" refund policy. Skyrim earned a hardbound three-volume set of books covering its histories, cultures, creatures, and myths. And Azubu is coming for Twitch's crown.

Russell Archey, Staff Writer, @NeoScyther
Between a family reunion and an NXT event on Saturday, then work and WWE Money in the Bank on Sunday, I won't be getting much playtime this weekend. What little time I have will likely be spent reliving my Windows 95 childhood with Chip's Challenge 1 and 2 on Steam. I never finished Chip's Challenge way back on Windows 95, but now, all these years later, I think it's time to give it another go and see how many times I can facepalm on puzzles that were way easier than I thought they were all those years ago.

Sean Colleli, Staff Writer, @scolleli
Sargent Mark IV just released version 20 of Brutal Doom—the mod that turns an already modestly violent game into an utter bloodbath of gibs, gore, and black metal. Naturally I'll be reveling in the comically over-the-top bloodlust of one of my favorite classic shooters. I especially like how you can now dual-wield the plasma rifle, which has been upgraded to literally crispy fry those troublesome hellspawn.

Charles Husemann, Editor-in-Chief, @chusemann
With the 1.04 patch now out on consoles, I may finally start playing The Witcher 3 this weekend. My wife is having ankle surgery next week, so I'm also going to be digging up some games for her to play while she's confined to the sofa. The Mass Effect series is looking like a likely candidate, but we'll see what other games I can dig out of my library. I'll also be spending more time with MechWarrior Online, as the game continues to command my attention. When Dreadnought finally comes out it may replace MWO, but until then, I'm up to my neck in giant robots shooting at each other.

Rob Larkin, Staff Writer, @Rob_GN
Will be working through the Masterplan for an upcoming review. A little bit of Battlefield 4 and probably a bit more FIFA 15. I've finally started working on my Ultimate Team in earnest, but will likely be back in career mode mostly. 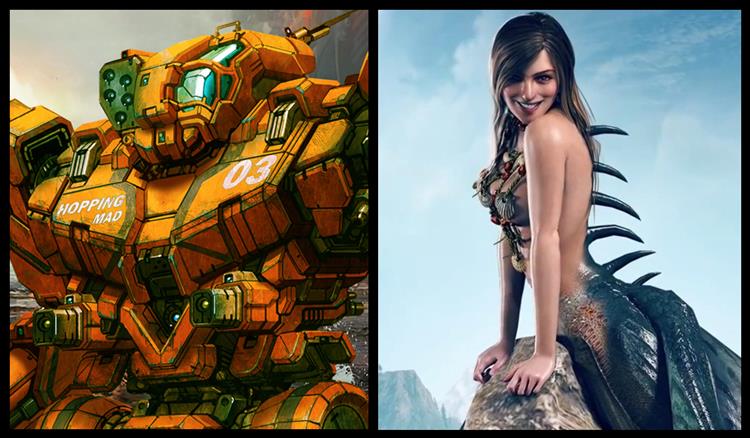