It's less than two weeks away: All aboard the E3 hype train. GameStop bought nerd-culture retailers ThinkGeek. And Sony is testing out a 1TB PlayStation 4.

Russell Archey, Staff Writer, @NeoScyther
I'll be spending a lot of time with Swords and Soldiers II as well as Stretchmo in preparation for my upcoming reviews on those games. Aside from that, I've been working through both My Career and the Showcase modes in WWE 2K15. Despite the game's shortcomings, WWE 2K15 isn't all that bad. Plus I haven't played a WWE game since WWE '12, so that explains a lot as well.

Sean Colleli, Staff Writer, @scolleli
While the internet goes nuclear (heh) for Fallout 4, I'm digging into a different kind of nostalgia. GOG had a sale earlier this week on Interplay titles, so I picked up Descent 1, 2 and 3 for about eight bucks. A quick visit to DXX Rebirth to download the source port—and now I'm gaming like it's 1995. I'd forgotten just how impressive and ambitious these games were for a time when Doom and Duke Nukem 3D were still cutting edge. I also forgot just how bloody hard they are, even on rookie difficulty.

Chapel Collins, Staff Writer, @ChapelCollins
After a particularly gruelling week of packing and moving, things are finally winding down enough for me to have a little bit of time to show my games that I haven't forgotten them. I have The Witcher 3 ready to go, and I've barely managed to scratch the surface during the move. I may opt for something a little more relaxing, however. Perhaps some mindless explosions in Titanfall or some exploring in Minecraft will be better suited.

Jeremy Duff, Senior Staff Writer, @Duff3c
In addition to casting a variety of spells in Magicka 2 on the PS4, most of my weekend is going to be spent getting acquainted with the mobile-VR world as my Google Cardboard headset is finally here. I know it isn't going to be the same as the Oculus, but it is the closest thing that I can get right now, and I can't wait to see what people have come up with on the iOS and Google Play stores.

Charles Husemann, Editor-in-Chief, @chusemann
This weekend will be spent playing a lot of Home Garden Simulator 2015, as the wife and I will be planting flowers and dealing with new sod. Outside of that, I'm hopeful that the 1.04 patch for The Witcher 3 will be out so I can finally dig into the game. Part of me is worried about losing progress to the save bug, but the other part of me is glad they are increasing the font size of the user interface, as my eyes aren't what they used to be. I'm also going to be digging into Mechwarrior Online a bit as Piranha released a patch this week that fixes a lot of my issues with the community warfare, as well as overhauling the mech-building component of the site.

Randy Kalista, Staff Writer, @RandyKalista
That nuclear detonation you hear is the sound of 10 million gamers reinstalling Fallout 3 and New Vegas. I'm one of them—between prison breaks in The Escapists, that is. I never thought a game about 8-bit jailbirds would give me boot camp flashbacks, but here I am, getting a high n' tight, standing at attention, and hoping no one throws me a blanket party.

Rob Larkin, Staff Writer, @Rob_GN
I've gotten back into FIFA 15 after a few weeks of only sparingly playing, and I'd like to get some work done on my career mode save. Still getting through Battlefield 4's multiplayer, and just generally feeling reinforced in my decisions to keep working through the back catalog than buying any new games for myself. I'm only now regularly jumping into multiplayer lobbies for BF4, Killzone: Shadow Fall, and Assassins Creed IV: Black Flag, a full year-and-a-half after they released, and its just as fun as it ever would have been.

Matt Mirkovich, Staff Writer, @Stillmywords
I've got a bit of gaming overload going on. I need to finish Bloodborne on PS4, and work on two reviews: Don't Starve on the Wii U and a certain Atlus RPG that is way ahead of schedule. Then I want to find time to play some more Splatoon because that is a load of fun. And then there's always Final Fantasy XIV: A Realm Reborn, which will soon become Heavensward, and so I'm getting prepped for the expansion. 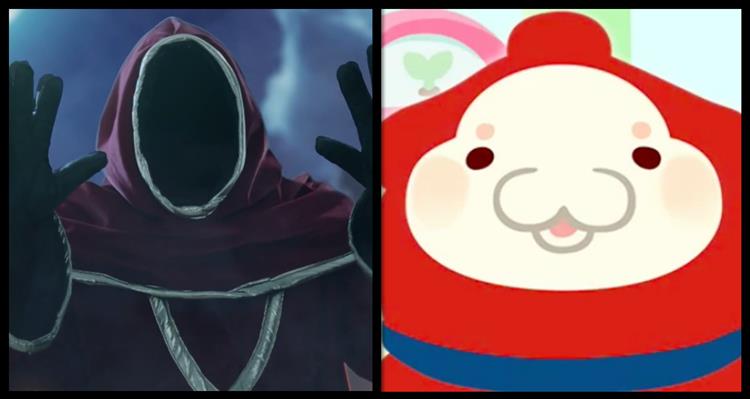