It takes me about an hour to get into central London by train so I had plenty of time to think about what I wanted from Rock Band 4. I'm not one to pin down specific expectations, but what I really wanted was just the core gameplay experience, not to be distracted by unnecessary bells and whistles, and not to be price gouged at purchasing the product. At the conclusion of the event I walked away thinking not only that each of those were met, but surpassed.

First the big details from the event:

Those are the three biggest points to me and sets Rock Band 4 up to be precisely what it should be, a way to feel like a superstar in your own living room without having to be nickel'ed and dime'd to get there. I feel strongly that there will always be space in the market for these music rhythm type games. Or at least one music rhythm type game. It's been 5 years since the last Rock Band release, but Harmonix claims over 100,000 people still play the game every month. A lot of people have a lot of fun with them and I feel like this gen was missing that. But to not only fill that gap, but bring all that content and memories with it, I am pleased.

More after the jump... 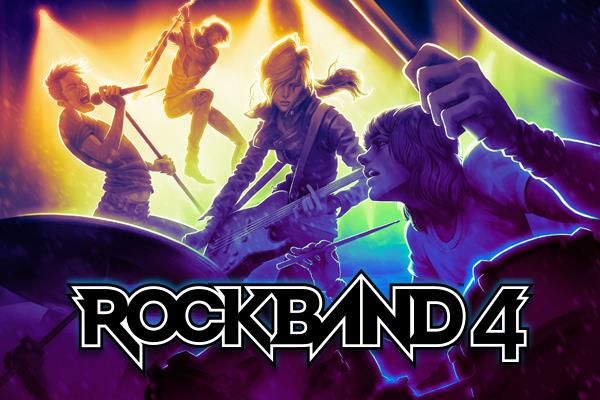 We've touched on some of the other news previously, like how Mad Catz is joining Harmonix as an official publisher and there were a few more tidbits worth mentioning: Harmonix seemed pretty stoked to have Mad Catz in on the deal. They are of the opinion that Mad Catz and their European connections will really help open up the market on this side of the pond. I also enjoyed one particularly candid affirmation from Sussman, how Rock Band 2 was the game they really wanted to make, but didn't have to time to with Rock Band 1. There seemed to be some hints that Harmonix realized that 3 kinda got away from the formula. I don't think people really want Pro mode, they want the fantasy and wish fulfillment more than the long slog to learn to actually play.

As for how the game looks, sounds, and plays: it's still not a completely finished product, but they are building from known territory and looked like a pretty solid build graphically and sonically, with missing features probably the last pieces of the puzzle. The graphics were standard for the Rock Band series, as if it were a music video shot in the basement of a club. The camera jumps between shots of the band members and the audience and while there seemed a bit of a improvement over the detail of previous games, it was the same slightly cartoonish style to the actors and nothing really groundbreaking. The game sounded great, as it should having been hooked up to the stage of a nightclub. The mode that was being played was pretty forgiving, even on expert when one of the brave souls who took the stage only managed to hammer our about 60% of the notes on a solo, the song didn't crash and burn. There was even technical difficulties with the monitors at one point and we got to hear what a song sounds like when none of the band plays a note. There's enough going on especially with the vocals that one member tanking your session won't throw the others off.

It's all pretty standard Rock Band, but it's Rock Band for this gen and I'm glad to have it. It would seem where most of the work the team is putting in isn't in fixing something like the gameplay which isn't broken, but in fixing the flow of the game which in some ways is. Sussman mentioned how they would playtest the old games and found they spent 5 minutes on a song, then were bumped back to the catalog to argue over what song to play next for 20 minutes, only to finally come to a consensus to play another 5. So they are introducing better set lists, encores, and letting the crowd suggest a short list of songs to play next so the players don't lose their momentum spending the majority of their time debating the next track.

All in all it looks good. It promises to deliver on the core experience without losing itself in the periphery. It promises to be the one game you can safely ride out for this generation of consoles and be part of that 100,000 a month still playing 5 years from now. It promises to let you carry your previous experience and content forward into this one. I can't wait to get it in my living room and rock out.