If you're not watching Minecraft videos on YouTube, then you're in the minority. Tryouts for Nintendo's World Championships 2015 could be coming to your town. And a woman gave birth in an internet cafe, then got up and continued playing her online game.

Russell Archey, Staff Writer, @NeoScyther
A lot of my weekend will be spent digging up fossils, reviving dinosaurs, and making them fight each other in Fossil Fighters: Frontier in preparation for my upcoming review. When I'm not mixing Pokemon, Jurassic Park, and Monster Rancher together, I'll be continuing my run through Axiom Verge where hopefully I won't get lost for 45 minutes while missing the completely obvious path to take to my next destination—like I did last week. I've also been diving back into TERA for the first time since my review almost three years ago. Thankfully my character was still intact, and it only took about 10 minutes to refamiliarize myself with everything.

Sean Colleli, Staff Writer, @scolleli
I'll be heading into Splatoon for my upcoming review. I think I can predict the future now; I've always said that if Nintendo ever made a multiplayer shooter, it would be bizarre and adorable. I will also play some more classic Star Wars games like Battlefront II and Jedi Outcast in my GOG Galaxy library, reliving the old glory days and lamenting the depressing homogenized future of EA-exclusive Star Wars games.

Chapel Collins, Staff Writer, @ChapelCollins
I'm improving ever so slightly in Mortal Kombat X, but still not nearly enough to stand a chance against the average online brawler. More practice will be put into that. I have also started my millionth Skyrim playthrough, and it's likely I will be roaming the tundras this weekend as well.

Jeremy Duff, Senior Staff Writer, @Duff3c
I am going to head back into the world of Destiny this weekend to explore the House of Wolves. The game sort of lost me a few months back, and I am hoping that the new content pack will breathe some life into both the game and my interest for it. Aside from that, I have been on a major shmup kick recently, mainly playing Jamestown+ on the PS4, but also revisiting a bunch of classic shooters like Donpachi, Pro Gear and the Gigawing series; this is a trend that I don't see ending any time soon.

Charles Husemann, Editor-in-Chief, @chusemann
While I feel like I should be spending more time with The Witcher 3, this week I've actually been continuing my quest to gain my first ever prestige in Advanced Warfare.  I just hit level 40, so I'm only 10 levels away from my goal. I'm not sure why this CoD has maintained my interest so much but I'm guessing it has to do with the wonderful gameplay elements introduced by the exosuits. I've also started getting back into MechWarrior Online a bit as they just put the Clan mechs on sale and I'm only 1 million Cbills away from buying my first Mad Cat. I'm not sure this is going to last, given that The Witcher 3 and Galactic Civilization 3 are also occupying space on my solid state drive, but it's a mech I've wanted to use ever since they game was announced.

Randy Kalista, Staff Writer, @RandyKalista
"Randy, this is Witcher requesting a flyby." "Negative, Witcher, the pattern is full." So, that's me. Except "pattern," in this case, is Dragon Age: Inquisition. In other words, I've no time for The Witcher 3 because I still have a billion hours of Inquisition to chew and swallow. Also, serving as an antidote to all these complex interpersonal relationships and the nutrient-rich writing, I'm reviewing the indie Rack N Ruin. It's a devilish twin-stick shooter whose dialogue appears to have been workshopped by my junior high writing class.

Rob Larkin, Staff Writer, @Rob_GN
Won't be playing much of anything this weekend. Got family coming into town to visit for the three-day weekend, so it'll be sightseeing at castles and around London instead. Might get a few mobile games in, but that would likely be the extent of my gaming. 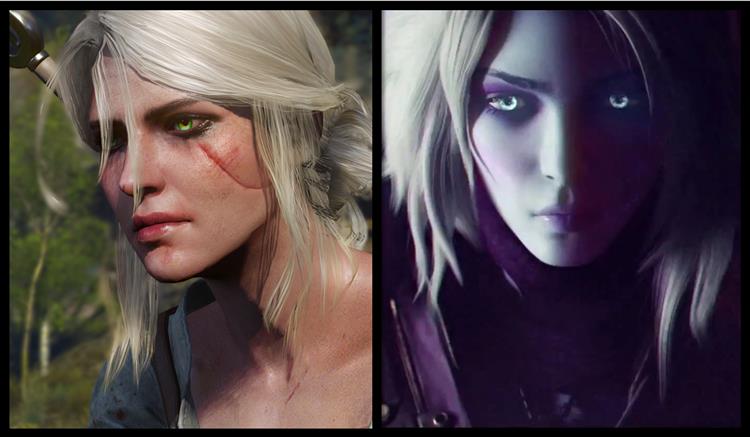