It's been an agonizing, delay-fraught wait for Batman Arkham Knight, but we finally have a little less than two months before the game arrives. Warner Bros has announced the obligatory season pass, which will run you $39.99 and include regular content updates for six months after the game launches on June 23rd. These include new story missions with invading villains, challenge maps and Batmobile skins.

If you want the main game and the season pass rolled into one you can but the $99.99 premium edition. Both the season pass and premium edition are now available for preorder. Personally I still don't like season passes unless they carry the insane content value like in Hyrule Warriors, and in any case 40 bucks is pretty steep. That's almost a whole other game right there. 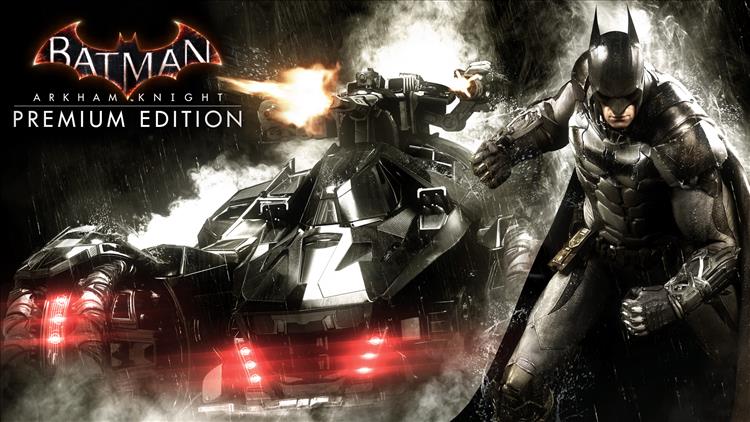 Batman: Arkham Knight is based on DC Comics?? core Batman license and will be available on June 23, 2015 exclusively for the PlayStation®4 computer entertainment system, Xbox One, the all-in-one games and entertainment system from Microsoft, and Windows PC.

Batman: Arkham Knight brings the award-winning Batman: Arkham trilogy from Rocksteady Studios to its epic conclusion. Developed exclusively for the new generation of consoles and PCs, Batman: Arkham Knight introduces Rocksteady's uniquely designed version of the Batmobile. The highly anticipated addition of this legendary vehicle, combined with the acclaimed gameplay of the Batman: Arkham series, offers gamers the ultimate and complete Batman experience as they tear through the streets and soar across the skyline of the entirety of Gotham City. In this explosive finale, Batman faces the ultimate threat against the city that he is sworn to protect, as Scarecrow returns to unite the super criminals of Gotham and destroy the Batman forever.