What are you playing this weekend? Shovel NecroDancer Edition

Hillary Clinton is making an appeal to gamers. Disney acknowledged the awesomeness of KotOR and SW:ToR—then cut them from Star Wars canon. And Firefly, we're home.

Russell Archey, staff writer, @NeoScyther
Blah blah blah still working on The Legend of Zelda: A Link to the Past minimalist run blah blah blah. Beyond that, I've started working on Crypt of the NecroDancer for an upcoming review, and it's probably one of the most addicting games I've played in quite some time. Part of that is probably because you can use your own music, so it's fun to explore a cavern in time to Mega Man music. Beyond that, I'll also be working through Titan Souls in preparation for that review. That should be interesting, as it reminds me of a top-down Shadow of the Colossus and I'm somewhat horrid at that game.

Sean Cahill, staff writer, @GN_Punk
This week I'm diving back into the galaxy of Elite: Dangerous to test my space combat skills. On the Xbox One, I'm back to exploring the deep world of Dragon Age: Inquisition and trying to actually kill my first dragon.

Sean Colleli, staff writer, @scolleli
I'm still hunting down crystal coconuts, peanuts, musical instruments, and a rainbow spectrum of bananas in Donkey Kong 64. It's a lot of busywork, sure, but it brings back nostalgic memories of babysitting my little sister and her best friend, beating the levels that were too hard for them. Then I remember that my sister isn't five anymore, she's 20, and that means I'm sure as hell not 15 anymore. I'm old, so I turn my attention to that next golden banana to avoid thinking about how DK64 came out in 1999.

Chapel Collins, staff writer, @ChapelCollins
This weekend I'll keep working through Dark Souls II: Scholar of the First Sin. I was unsure of my purchase because I hate buying the same game twice, but it's definitely changed and updated enough for anyone, let alone a die-hard Dark Souls fan like me, to look into. Also playing Goat Simulator for an upcoming review, and it continues to boggle my mind in a (mostly) good way.

Jeremy Duff, senior staff writer, @Duff3c
If I can manage to find time for anything other than Mortal Kombat X this weekend, which is incredibly doubtful, I might be digging in the PlayStation Vita and PS4 versions of Shovel Knight. Plus, I have a major urge to check out the new Assassin's Creed Chronicles: China because I just can't ignore a good side-scrolling action game.

Travis Huinker, staff writer, @travishuinker
This weekend will be dedicated to playing Grand Theft Auto V on PC while utilizing a new SLI video card setup in my computer. I'll also be working on my review for recently released I am Bread. If time permits, I'd like to check out Killing Floor 2 in Steam Early Access.

Charles Husemann, editor-in-chief, @chusemann
After getting married last week and wrapping up the last of my big projects I'm going to spend some quality time wrapping up Broforce's campaign, and then spend time with some of the other games on my backlog.

Randy Kalista, staff writer, @RandyKalista
Started from the bottom, now we're here. Meaning, I've gone from the Hinterlands to Val Royeaux in Dragon Age: Inquisition. The trip from country bumpkin to Classical French monsieur was so stunning that my wife looked up from her Jane Austen to ask if I'd downloaded Assassin's Creed: Unity. I hadn't. But to be perfectly clear, getting to Val Royeaux is still early game. Way early game. It's taken me 20 hours just to get this far, though, and I haven't faced off against my first dragon yet.

Rob Larkin, staff writer, @Rob_GN
I was looking for something last weekend that was easy to jump into, so I started playing Resogun again. I'll keep at it this weeknd as I progress towards the platinum trophy. Still doing daily Killzone: Shadow Fall, and I think I'll start a new game this weekend. Have that unopened copy of Assassin's Creed IV: Black Flag sitting on the entertainment center, and I think I'll opt for that over Dragon Age: Inquisition because my first impression of Inquisition was just so poor that I am having a really hard time giving it a second shot. So yes, I'm firmly planted in 2013 still. I'll also be going to see Age of Ultron because I realized that it releases a week earlier over here in Europe. Ha ha, suck it, North America!

Matt Mirkovich, staff writer, @Stillmywords
I've got the latest DLC for The Evil Within. I've also been smitten—or bitten—by Bloodborne and have been wanting to play a lot of that lately. Then there's Hatsune Miku: Project Diva f 2nd DLC that I need to catch up on. And as always, there's Final Fantasy XIV: A Realm Reborn, working on bard gear, getting my healer to 50, and doing that weekly dungeon grind.

John Yan, senior hardware editor, @TheJohnYan
I think most of my time spent this weekend will be in Grand Theft Auto V. I've been a little busy with other things going on, but this weekend should give me some time to dive back into Los Santos and increasing my GTA Online character's level. Oh, also keep from being set on fire by Travis. 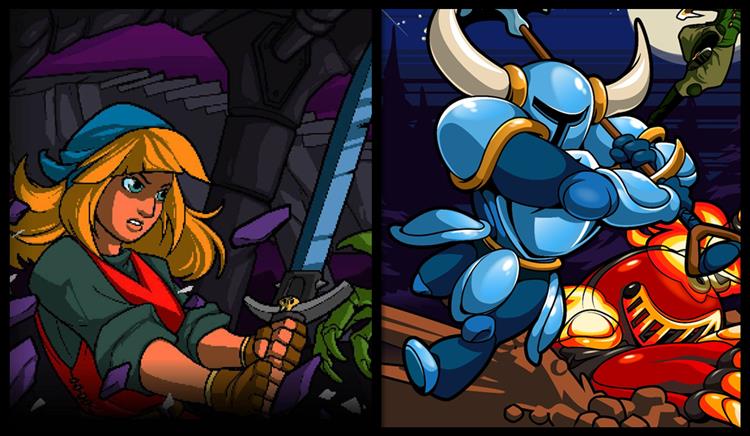