It seems like quite a few weeks this year has seen big releases on the Nintendo eShops and this week is no different.  First up we have Xenoblade Chronicles 3D on the 3DS.  This is a remake of the acclaimed Wii RPG but there's a slight catch; it's only playable on the New Nintendo 3DS XL.  If you're looking to get into the series but have an older 3DS such as myself, you'll either have to upgrade or check out a game earlier in the series, but if you have a Wii or Wii U you can just pick up that version and give it a go as well.

Next up is Etrian Mystery Dungeon for the 3DS.  Our own Matt Mirkovich is working on a review of this one, but the first thing that comes to mind would be to take the rogue-like RPG style of the Etrian Odyssey games, mix that with the gameplay style of a Mystery Dungeon game, and you'll get Etrian Mystery Dungeon.  You can also add to your experience both in-game and out.  You can get a special Nintendo 3DS Home theme for only $0.99, plus you can download all five DLC packs for free until May 5th.

Finally there's Pokemon Rumble World, a free to download 3DS game where you can battle and collect over 700 toy Pokemon, including some that can Mega Evolve.  The game has over eighty stages and the more toy Pokemon you collect, the more ways you have to defeat the Pokemon you're facing...kind of like the main series.

Over on the Wii U we have two more DS games hitting the Virtual Console: WarioWare: Touched and Yoshi Touch & Go.  WarioWare: Touched is a nice addition to the series that includes more than 180 microgames that will test your skills with the Wii U GamePad's touch screen and microphone.  With Yoshi Touch & Go you'll help Yoshi and Baby Mario avoid airborne and grounded enemies as they attempt to reach the delivery stork...as strange as that sounds.

Continue reading to the official press release for more news and infos for the eShops this week. 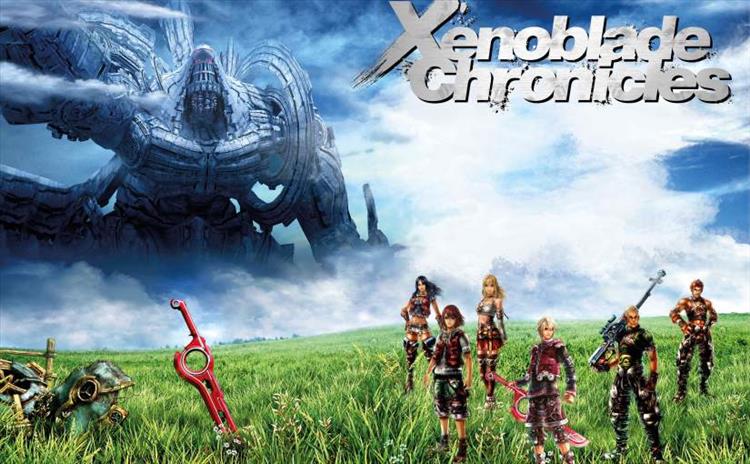 In Xenoblade Chronicles 3DS, take up arms against an invading army in this remake of the acclaimed Wii RPG, playable only on the New Nintendo 3DS XL system. (Photo: Business Wire)