Spotify is now spinning in the background on your PlayStation. Ubisoft is tweaking Star Wars figures. And a Mortal Kombat X producer quits after receiving tweets threatening his wife and daughter.

Russell Archey, staff writer, @NeoScyther
I've recently begun my next YouTube series: a minimalist run of The Legend of Zelda: A Link to the Past. For the uninitiated, a minimalist run means completing the game while only collecting items that are required to beat the game. This makes things harder as I can't collect items such as the bottles, any sword upgrade beyond the Master Sword, extra heart pieces, or heart containers aside from the ones the bosses give you, and so on. Should be fun.

Sean Colleli, staff writer, @scolleli
I'll be continuing my journey through Xenoblade Chronicles 3D. I've also got another 3DS game up for review called Story of Seasons. It's a spiritual successor to Harvest Moon, due to some weird rights issues over the title of the series. I'm an old fan of Harvest Moon, so I'm interested to see how the developers are growing the farm sim.

Chapel Collins, staff writer, @ChapelCollins
This weekend I hope I'll be able to continue cleaning up the freeroam activities in Shadow of Mordor, and maybe do a few more heists in GTA V to try and get $8 million to spend on vehicles. But I'm also moving—so there's a good chance I won't get to any of it.

Jeremy Duff, senior staff writer, @Duff3c
I am spending a good portion of my weekend going old school with the original arcade version of Super Contra. I managed to snag myself a cabinet this past week and am looking forward to playing through it thoroughly before starting my restoration process. Aside from that, I need to explore the world of Hektor on PC for an upcoming review.

Randy Kalista, staff writer, @RandyKalista
I'm soaking in the painterly details of EVE Online's EVE Universe: The Art of New Eden artbook. Thoughts coming soon. And now that I've been rocked by The Last of Us: Remastered, I'm examining whether I have the emotional fortitude to play the prequel DLC, Left Behind. Or, see if it's time to get down to business—and the real reason why I bought a new-gen console—and get to inquisitorizing on Dragon Age: Inquisition. Rifts are for closers.

John Yan, senior hardware editor, @TheJohnYan
This weekend, I'm going to finally start on The Witcher. I figure it's about time. I'll also be making my daily run through Diablo III, and I'll most likely hop into my ship in Elite: Dangerous. There are also a few Gear VR apps I want to try out, but no Dreadhalls. Nope on that one. 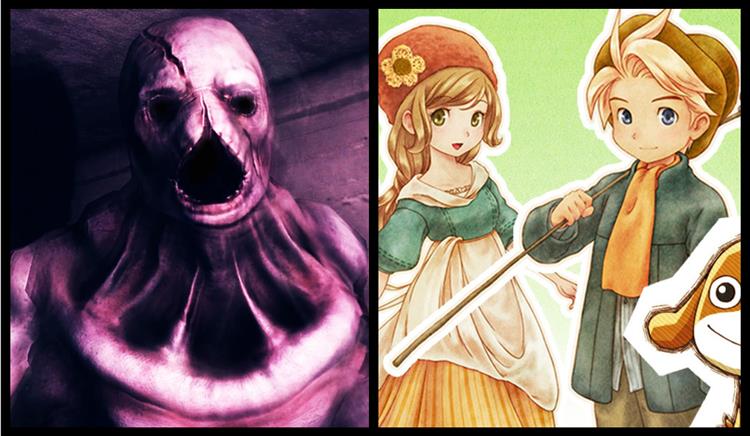