Now this is how you do a special edition for a console. Sony will be releasing a Limited Edition Batman: Arkham Knight PS4 bundle with custom designed console. 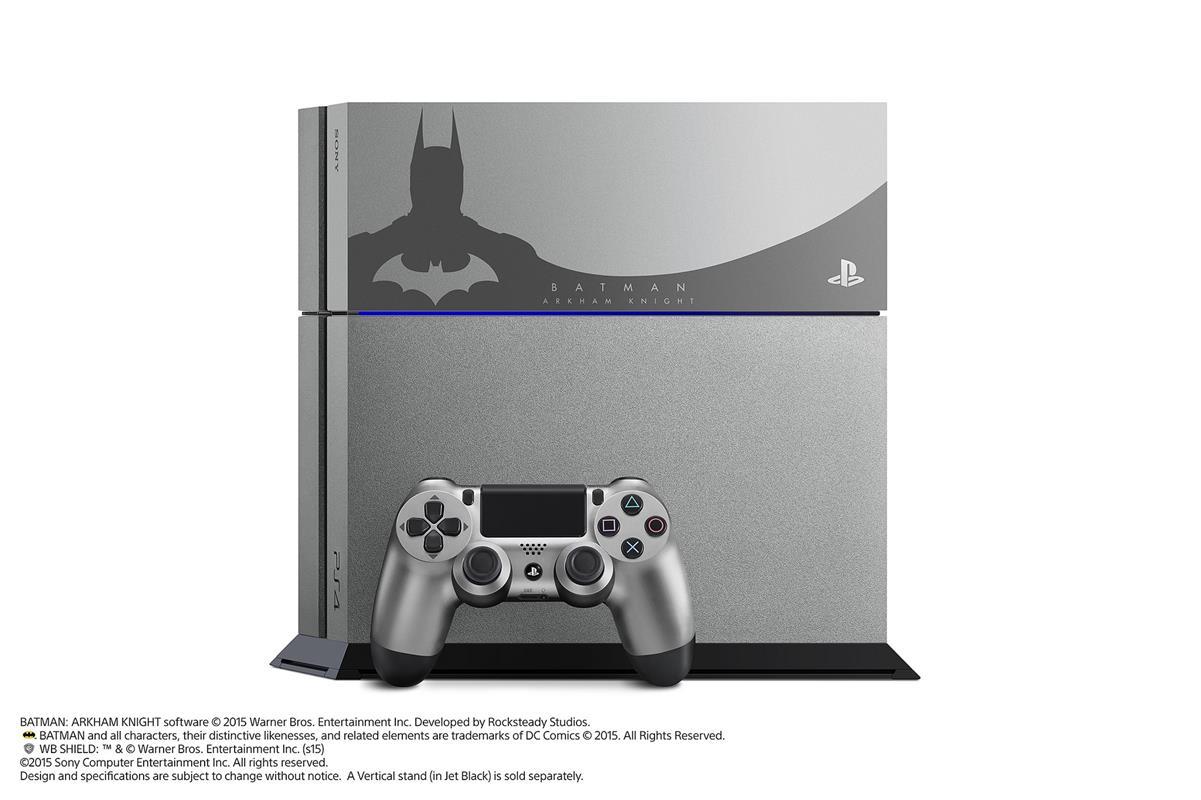 Take a look at that. For $449, you'll get a grey PlayStation 4 with the Batman faceplate. Even the controller's color scheme is made to match the look of the console. You'll have to find a nice place to stand that up and display it though.

There'll also be a normal bundle with the game, but it's nothing compared to the Limited Edition bundle.

Either way, there will be DLC that will be release first to PlayStation 4 owners. So, fancy a new PlayStation 4 with Batman on the side?