What We're Playing: The Handsome Pillars of Eternity Edition

Time Magazine names Pew Die Pie and Anita Sarkeesian as two of The 30 Most Influential People on the Internet. A day before launch, Sony mistakenly abandoned its U.S. trademark for Bloodborne. And suspend/resume finally makes its way to PlayStation 4.

Russell Archey, staff writer, @NeoScyther
This weekend I'm hoping to do something that I'm sure a lot of people would rather not do: go inside the mind of Claptrap. This past week saw not only the launch of Borderlands: The Handsome Collection but also some new DLC for Borderlands: The Pre-Sequel! in the form of Claptastic Voyage. Steam updated the game but I haven't had the chance to dive into it yet, so I'm hoping to finally put some time into that this weekend.

Nathaniel Cohen, staff writer, @seven_hells
I'll be spending all my time on and in orbit around Pandora for my Borderlands: The Handsome Collection review. You know what else is handsome? The fancy cardboard sleeve that the game case is wearing. Noice!

Sean Colleli, staff writer, @scolleli
I will be glued to my 3DS this weekend playing Xenoblade Chronicles 3D for my upcoming review. It's like a 500-hour game and I must digest as much as possible in about the space of a week to give an honest review. My BioShock and Half-Life playthroughs will have to wait. At some point I will probably need to eat as well.

Chapel Collins, staff writer, @ChapelCollins
I just this weekend realized that Shadow of Mordor is freaking awesome, so that's what I will be playing. I'm also dangerously close to 100,000 gamerscore, and I have it lined up that when I finish Episode 2 of Game of Thrones, I will only need one 15g achievement to get exactly 100,000. I put way too much thought into it.

Jeremy Duff, senior staff writer, @Duff3c
While I really need to spend the weekend wrapping up Axiom Verge, the corridors and dungeons of Yharnam are incessantly beckoning be back to Bloodborne. That game just won't let me go.

Travis Huinker, staff writer, @travishuinker
This weekend I'll be dedicating to plunging headfirst into recently released RPG Pillars of Eternity. Having missed classic RPGs that the game is modeled after, I'm excited to finally and truly experience an isometric RPG. Other games that I hope to play include more house building in The Sims 4 (preparing for the upcoming Get to Work expansion pack), learning to make a space-living in Elite: Dangerous, and heading online in Dirty Bomb that has become available as a closed beta on Steam.

Randy Kalista, staff writer, @RandyKalista
My five-year-old has been playing the heck out of Flower. I've been watching, over and over, and it's been kind of awesome every time, believe it or not. She loves replaying the last level, bashing through the broken and bruised city, transforming it back into a town filled with light and laughter. But, once she's off to bed, I get to settle back into The Last of Us: Remastered. Looks like I'm hitting the last 10% of the game. I want closure, but I don't want it to end.

Rob Larkin, staff writer, @Rob_GN
I've been sick as a dog all week, was bed ridden two days entirely, and my body was aching so bad my hair hurt. Now that I'm finally on the mend, this weekend I'll be trying to defeat Rome in Total War: Attila so I can finish that review. Some FIFA 2015 will also be on tap, and daily Hearthstone quests to make sure I have all the in-game gold I need to purchase Blackrock Mountain without any real money. Suck it free-to-play/pay-to-win games! I'll never pony up a dime of real money. (That's part of why I lose a lot.)

Matt Mirkovich, staff writer, @Stillmywords
For me it's a weekend of horror. I've completed the final chapter of Resident Evil Revelations 2 and the extra chapters. Now it's just a matter of closing a few loose ends. Then there is The Evil Within: The Assignment, the first DLC pack for Shinji Mikami's not Resident Evil. It's got the same instant death mechanics I hated about the base game, so we'll see how long it takes before I wind up with a broken disc and a bill from Gamefly. And then, good old Final Fantasy XIV, although maybe I should break from that and play Type-0? 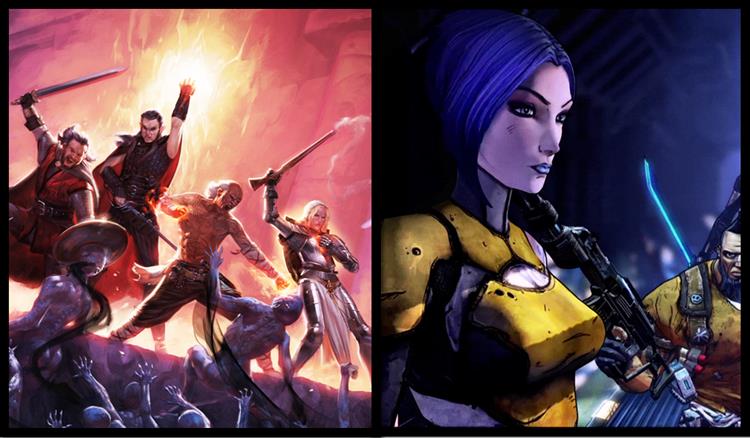