Why Rory McIlroy taking over EA Sports PGA Tour is a bad idea, but it won’t matter

Last year it was announced that EA Sports PGA Tour would slice Tiger Woods’ name from it’s billing and go in a different direction. Today, EA Sports revealed that a new golfer’s first and surname would take Woods’ place—the man who also stands atop the World Golf Ranking—Rory McIlroy. The name swap is a bad idea, but the gameplay changes coming to Rory McIlroy PGA Tour will make it irrelevant.

In fact, the PGA Tour series would have been better off dropping names altogether, something that was previously thought to happen. Both those attuned to the game of golf who already know McIlroy's name and those that anxiously await golf season's arrival would purchase PGA Tour regardless, but Tiger Woods is a name that carries weight with the general public. It caddies a legacy of 79 PGA Tour event wins, including 14 majors. It drags the infamy of one of the biggest celebrity cheating scandals. And it holds the allure of sports’ first billionaire. Seeing Tiger Woods PGA Tour on a shelf will surely catch more eyes than Rory McIlroy’s will.

That is of course, if games were all about the name that's on the cover. The title change clearly signifies EA Sports taking the series around a dogleg. Rory McIlroy PGA Tour will use the same Frostbite 3 engine used in games like Battlefield, which promises to hack load times that plagued previous iterations on Xbox 360 and PlayStation 3. Frostbite 3 will now load entire courses completely from the start, allowing the transitions from hole to hole to be seamless. What’s more, at EA’s 2014 E3 press conference it was revealed that, for the first time ever, the series will include fantasy courses, a change that will surely appeal to an audience looking for a more arcadey feel. These gameplay changes will not only entice those looking for a closer-to-life golf experience, but also draw in people who aren’t as familiar with golf in general.

The wait for EA’s next golf game has been close to two years. To be frank, people may pick it up just because they've been biding time for the next installment of the series. Regardless, it sounds as if Rory McIlroy PGA Tour is vying to come back bigger than ever and appeal to a larger audience, but the gameplay changes will help secure that, not Rory McIlroy. 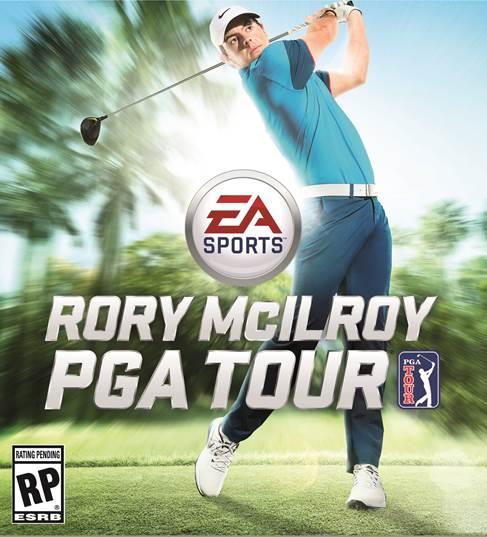