This week doesn't see a lot of major new releases in the Wii U and 3DS eShops, but some pretty good deals and a couple new releases.  The big release this week is Code Name S.T.E.A.M. on the 3DS where you command a group of heroes lead by Abraham Lincoln to defend the Earth against an alien invasion.  I swear you can't make this stuff up...well you could, but let's be honest.  How can you beat Abraham Lincoln taking on an alien invasion?

If you're into arcade racers, 3D Out Run hits the 3DS Virtual Console today.  Out Run has been around for quite a while since it's initial release in arcades back in 1986 and it's definitely a fun series of games if you get the chance to try it out.  Kind of makes me want to dig out my copy of OutRun 2 for the original Xbox.  Also, I find it kind of weird that some places call it Out Run while others spell it OutRun without the space.

Over on the Wii U we have Trine Enchanted Edition which is the origin story of the three heroes of Trine.  If you're wanting to get into the series, there's a discount going on right now where if you purchase Trine Enchanted Edition, you'll get 20% off of Trine 2: Director's Cut.  For the Virtual Console on the Wii U we have F-Zero: GP Legend.  It's F-Zero for the Game Boy Advance, what more is there to say.  F-Zero's been around for a long time and it was nice to see it get a portable release.  However, nothing will beat the original on the Super NES in my opinion...though F-Zero X is very close.

Other sales include WayForward discounting some of their games such as Shantae and the Pirate's Curse and Mighty Switch Force 2, a couple of Phoenix Wright games getting discounts until March 26th, and Atlus putting several of their games on sale until March 30th. 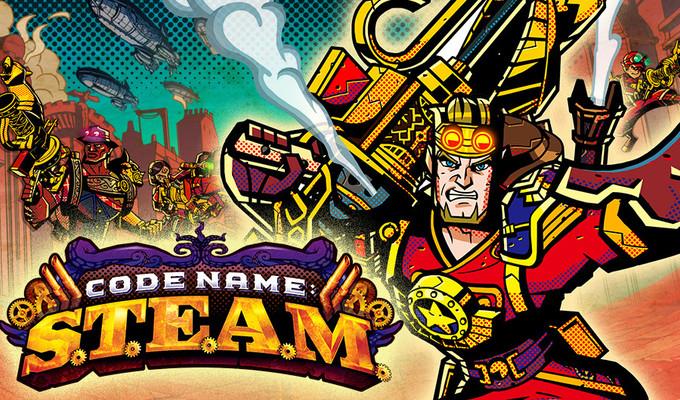 In Code Name: S.T.E.A.M., command a strike team of unexpected heroes - assembled by Abraham Lincoln himself - to defend Earth against an alien invasion. (Photo: Business Wire)