Valve partners with HTC to bring the Vive VR headset to consumers this Holiday 2015. President Francis Underwood plays Monument Valley and The Stanley Parable in the latest season of House of Cards. And Star Trek Online, Star Citizen, and Elite: Dangerous are building in-game monuments to the late, great Leonard Nimoy.

Russell Archey, staff writer, @NeoScyther
This weekend I'll be playing through Harold for my upcoming review. Once I'm done making sure I help get a scrawny nerd through an obstacle course without killing himself, I'll be attempting to play some more Knights of the Old Republic. I say "attempting to play" because the Steam version is kind of notorious for not wanting to start up properly, hence why I'm only a couple of hours into it while other people here at GN are a lot further in. For the days that KotOR won't start up, I'll be working on my latest YouTube project, a blind run of Billy Hatcher and the Giant Egg on GameCube. (Link)

Nathaniel Cohen, staff writer, @seven_hells
I committed a party foul on Saturday. I talked about Mass Effect 3's ending. You've never seen people flee a room faster--unless you eat at Chipotle on a regular basis. That, and the fact that my "I do combat, she does conversations" Mass Effect playthrough with my fiancee is just not scratching the Commander Shepard itch I've been suffering from, means I've been forced to fire up Mass Effect 2. When I'm not doing that, I'll be attempting to 100% GTA V on PS4, starting the 2017/18 season with Everton in FIFA 15 (can they win back-to-back trebles?), and maybe even some Far Cry 4.

Sean Colleli, staff writer, @scolleli
I'll be getting into Mario vs. Donkey Kong: Tipping Stars for my review. Even though I'm a Nintendo fan, this will be my first crack at the long-running puzzle series. I'm still working through Majora's Mask 3D, but I've also managed to distract myself with The Legend of Zelda: Spirit Tracks, of all things.

Chapel Collins, staff writer, @ChapelCollins
I have several papers and tests this weekend and next week, so it's likely I will be only wistfully thinking of my KotOR playthrough instead of actually playing it. I've also been replaying Sniper Elite v2 with a friend, after it was free last month, and it has been a blast cleaning up some missed achievements.

Jeremy Duff, senior staff writer, @Duff3c
So many games, so little time. I am going to be bouncing around this weekend with a handful of titles that I need to check out for various purposes, including The Order: 1886, Axiom Verge, Helldivers, and The Deer God. Of course, this is all as long as I get over this flu that currently has crippled me.

Randy Kalista, staff writer, @RandyKalista
While Rob visits the seat of government in the Netherlands (see below), I'll be visiting my favorite seat. In my living room. In front of my TV. Playing The Last of Us: Remastered. I love how The Last of Us is an examination of Would You Miss It? Joel really misses coffee. Ellie wishes arcades were still around. And we see how Joel deals with loss (by not talking about it), though the losses he suffers leak out in small, profound vignettes. Joel and Ellie are fearfully and wonderfully made. It's an even more interpersonal Children of Men.

Rob Larkin, staff writer, @Rob_GN
I'll be in The Hague all weekend attending a conference on the Armenian Genocide. The only gaming I'll likely be getting in will be of the mobile variety. So, a little Hearthstone, some 2 Dots, and I'd like to take some time to get deeper into Vainglory.

Matt Mirkovich, staff writer, @Stillmywords
See you later, suckers. The Golden Saucer is now open in Final Fantasy XIV and now I have no reason to play any other games. Except when Chuck gives them to me for review, so I've also got some Resident Evil Revelations 2 to play. In between rounds of Chocobo Racing, Triple Triad, and Resident Evil's Raid Mode, I might develop some terrible gaming ADHD in the near future.

John Yan, senior hardware editor, @TheJohnYan
With the news that Metal Gear Solid V: The Phantom Pain coming out on September 1, I thought it would be about time I go and play Metal Gear Solid V: Ground Zeroes. It's a short game, but I haven't been in Snake's shoes in a long time, so it's about time I got reacquainted. I'll also be hunting demons as usual in Diablo III, and maybe get in some more flight time in Elite: Dangerous. 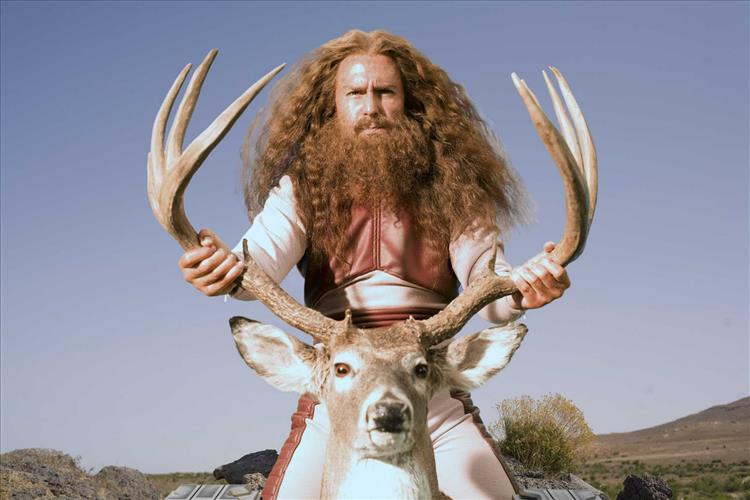