Another week, another Team of the Week in FIFA 15.  This week may not have the same quality of depth that last week's group had, but there's still some great cards to pick up.

Starting things off is Bayern Munich's Franck Ribery.  The left midfielder comes in at an 89 overall, with 90 pace and an impressive 94 dribbling.  There's no better option on the left side if you're rolling with a Bundesliga or French National Team squad online.

Wayne Rooney of Manchester United has been going through a change this year, playing more midfield than striker in Louis van Gaal's system, but he's a striker this week, coming in at 88 overall with a 93 shooting rating.

Mats Hummels finishes off the top three.  The central defender has helped lead Borussia Dortmund out of the basement in the Bundesliga and, while he's still not the fastest option, that 93 defensive rating will certain help things out.

Cards are available now and, as always, will be available until 6 PM EST next Wednesday. 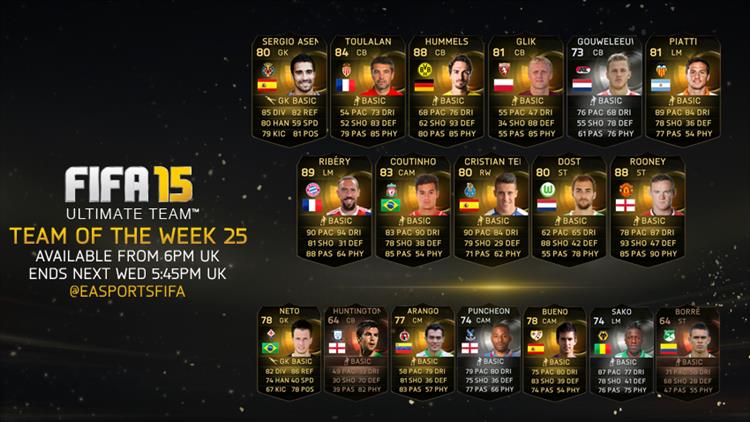