Well, it isn't Half-Life 3, but it's something. Valve Software today announced the launching of Source 2, their next generation engine. If there is indeed a Half-Life 3 being worked on, you can be sure it's running on Source 2 now. No games were announced to be using the engine, but it'll be free for folks to use in their game, following the news of both Unity and Epic's engines going the same route.

Valve's also pushing the Steam Machines at GDC with a few more being available for folks to take a look at at GDC. If you want to stream from the machines, Valve announced a product called Steam Link that will let you stream games at 1080p. It will be available for $49.99 this November and the Steam Controller will also be available as well for the same price. Steam Machines will officially be out in November as well.

For VR, Valve is making a technology called Lighthouse available for free. It's something that looks like it'll be for various devices to be incorporated in and it's to do high quality, high speed tracking.

The big news is Source 2 is finally official, but Valve's got a lot coming out of GDC that it should make a lot of gamers excited. Now, let's hear something about a third game in a series from Valve as their next announcement. 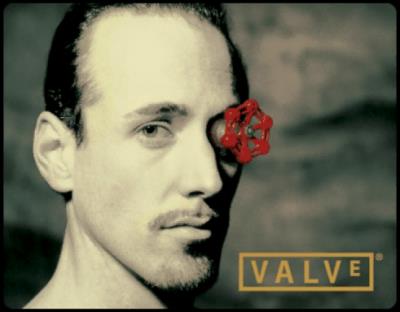 March 3, 2015 - Valve announces a number of product and technologies at this week's Game Developers Conference (GDC) in San Francisco.

"We continue to see very strong growth in PC Gaming, with Steam growing 50% in the last 12 months," said Gabe Newell, Valve's president. "With these announcements we hope that we are helping build on that momentum."

Steam Machines, Windows PCs, Macs, and Linux PCs will be able to take advantage of a new product announced at GDC called Steam Link. Designed to extend your Steam experience to any room in the house, Steam Link allows you to stream all your Steam content from any PC or Steam Machine on the same home network. Supporting 1080p at 60Hz with low latency, Steam Link will be available this November for $49.99, and available with a Steam Controller for an additional $49.99 in the US (worldwide pricing to be released closer to launch).

Steam Machines from partners Alienware and Falcon Northwest are being shown, with Machines from a dozen other partners slated to release this November. Steam Machines will start at the same price point as game consoles, with higher performance. Customers interested in the best possible gaming experience can choose whichever components meet their needs. Epic will give a demonstration of the newly announced Unreal Tournament running on a 4K monitor driven by the Falcon Northwest Steam Machine. "We love this platform," said Tim Sweeney, founder of Epic Games. "Whether you're running incredibly detailed scenes at 4K or running 1080p at 120 FPS for an intense shooter experience, this brings world-class gaming and graphics to televisions with an open platform true to Valve's PC gaming roots."

Valve will show a virtual reality (VR) headset. Developer versions of the headset will be available this spring, and partner HTC will ship their Vive headset to consumers by the end of the year.

Two new technologies are part of the VR release - a room scale tracking system codenamed Lighthouse, and a VR input system. "In order to have a high quality VR experience, you need high resolution, high speed tracking," said Valve's Alan Yates. "Lighthouse gives us the ability to do this for an arbitrary number of targets at a low enough BOM cost that it can be incorporated into TVs, monitors, headsets, input devices, or mobile devices." Valve intends to make Lighthouse freely available to any hardware manufacturers interested in the technology.

"Now that we have Lighthouse, we have an important piece of the puzzle for tackling VR input devices," said Valve's Joe Ludwig. "The work on the Steam Controller gave us the base to build upon, so now we have touch and motion as integrated parts of the PC gaming experience."

"We've been working in VR for years and it was only until we used SteamVR's controllers and experienced the magic of absolute tracking that we were able to make the VR game we always wanted to make," said Alex Schwartz of Owlchemylabs.

Valve announced the Source 2 engine, the successor to the Source engine used in Valve's games since the launch of Counter-Strike: Source and Half-Life 2. "The value of a platform like the PC is how much it increases the productivity of those who use the platform. With Source 2, our focus is increasing creator productivity. Given how important user generated content is becoming, Source 2 is designed not for just the professional developer, but enabling gamers themselves to participate in the creation and development of their favorite games," said Valve's Jay Stelly. "We will be making Source 2 available for free to content developers.  This combined with recent announcements by Epic and Unity will help continue the PCs dominance as the premiere content authoring platform."

Also as part of supporting PC gaming, Valve announced that it will be releasing a Vulkan-compatible version of the Source 2 engine. Vulkan is a cross-platform, cross-vendor 3D graphics API that allows game developers to get the most out of the latest graphics hardware, and ensures hardware developers that there is a consistent, low overhead method of taking advantage of products. Vulkan, previously called Next Generation OpenGL, is administered by the Khronos Group, along with other standards such as OpenCL, OpenGL, and WebGL.

GDC 2015 will mark the 13th anniversary of Valve's first public announcement of Steam, which has since become the leading platform for PC, Mac, and Linux games and software. In the last year, Steam realized the addition of many new services and features - including In-Home Streaming, Broadcasting, Music, and user-created stores - as it grew to over 125 million active accounts worldwide.