Capcom and Sega taking Luigi’s Mansion to the arcades

I knew from the moment that I played the original Gamecube release that Nintendo was onto something with the Luigi’s Mansion IP. It was something completely new and different for the Mario universe. Best of all, it finally gave Luigi a chance to shine. I was shocked that it took Nintendo so long to get a sequel out, which eventually came for the 3DS. It appears that yet another title is being worked on as well with more than just Nintendo being involved. Say hello to Luigi’s Mansion Arcade!

Nintendo, Capcom, and Sega have revealed and begun testing an arcade shooter version of Luigi’s Mansion in Japan. The game is based on the 3DS entry in the series and features actual vacuum guns that you will use to suck up ghosts and coins. Capcom is driving the development of the project and Sega’s involvement, appears to be that of distribution. This means that there is a good chance that we could see the game head outside of Japan to establishment’s like Dave & Busters. Hopefully some actual gameplay footage will be available soon as the game was shown off at Japan’s JAEPO Expo this past weekend. 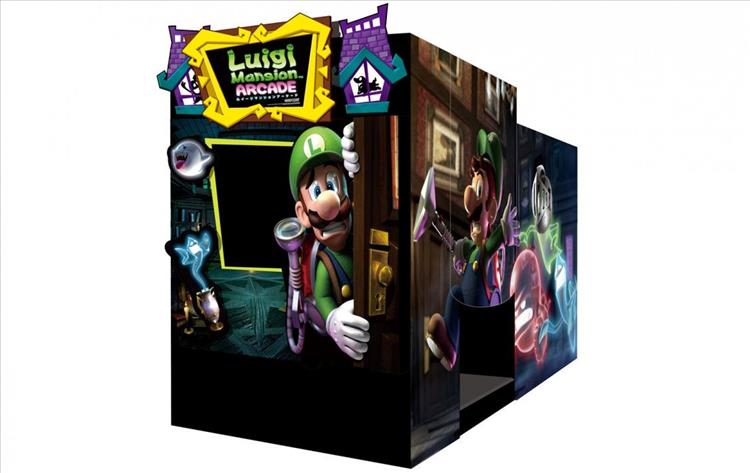